HOW TO GET THE MOST NUTRIENTS FROM SLOW-ROASTED TOMATOES

Did you know that tomatoes are healthier when they’re cooked? This is because lycopene, the phytochemical that makes them red—is more easily absorbed through the cooking process, which breaks down the plant cell walls, making them accessible. A study actually showed that only 4% of lycopene is released when we eat tomatoes raw[i]. I know raw tastes fresher in a sandwich, but if you can cook it, do!

Although cooking can decrease the amount of certain nutrients, lycopene is a powerful antioxidant that plays an important role in human health and has even been credited to fight certain cancers. An issue from the Journal of Agriculture and Food Chemistry revealed that heat processing is able to enhance the nutritional value of tomatoes by increasing antioxidant activity, as well as the absorption of lycopene by the body[ii].

The same study tested the effects of cooking tomatoes by heating them at 88 degrees Celsius for two minutes, fifteen minutes, and thirty minutes. And despite the fact that the vitamin C content was lowered during the process, the lycopene content actually increased by 54, 171, and 164 percent respectively.

What’s even more interesting is that another study focussing on the lycopene concentration from cooking tomato with extra virgin olive oil concluded that extra virgin olive oil assisted in better absorption of lycopene[iii]. It turns out cuisines revolving the Mediterranean diet have really been way ahead of the game.

So with that being said, we figured the best recipe for these fruits would be to slow-roast them with olive oil! This works for any tomato, so make sure you pick your absolute favourite.

1. Preheat the oven to 200F (about 90C).
2. Place tomatoes, cut-side up, in a large baking pan. In a bowl, combine rosemary leaves and minced garlic with olive oil, and drizzle over the tomatoes. Season tomatoes with black pepper and salt.
3. Place the baking pan in the oven for about 6 hours. Enjoy them on pasta, in paninis, or even on their own!

How do you prefer to cook your tomatoes? By turning them into the perfect homemade tomato sauce? Or by simply slow-roasting them to perfection? 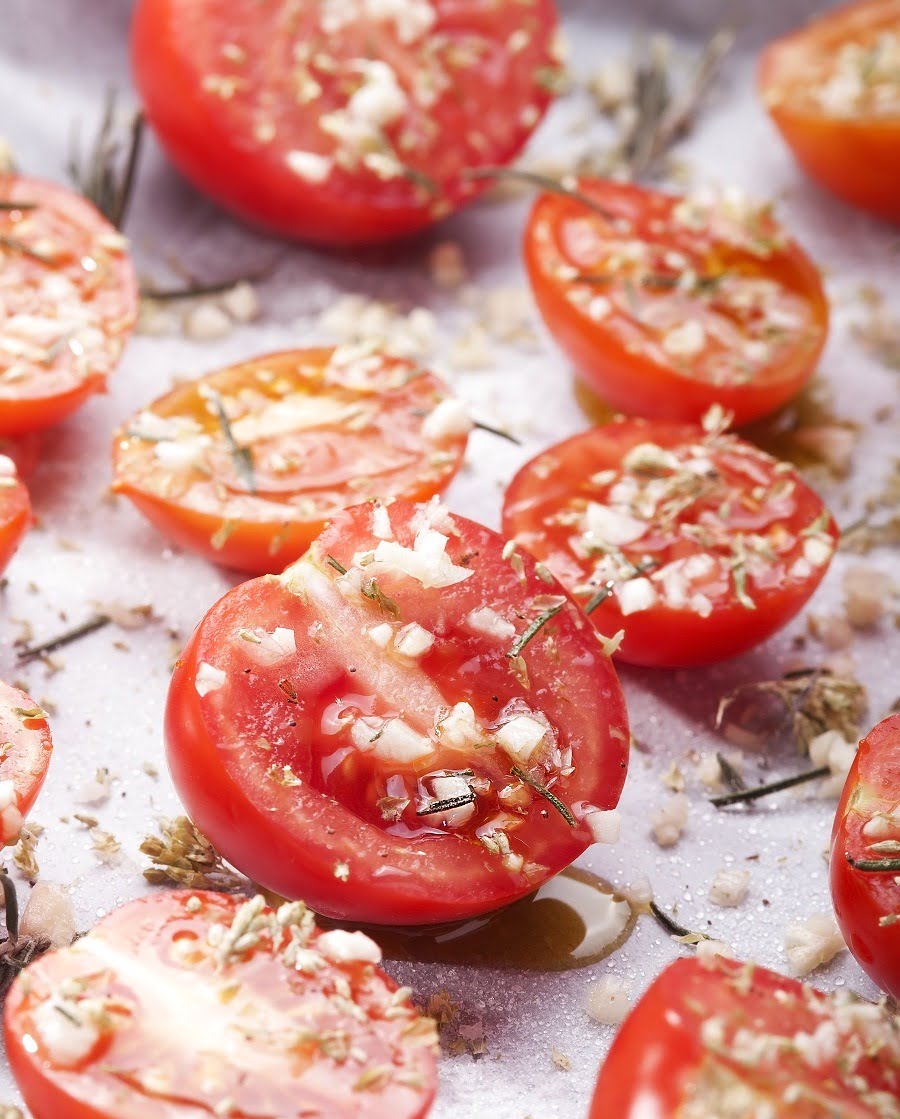