5 Essential Cocktail Syrups That Everyone Should Master

Syrups add sweetness and flavour to your cocktails that you might not be able to get any other way. Simple syrups are a fun way to play with flavours that are not exclusive to cocktails but can also be used in teas and nonalcoholic drinks. Have fun in the kitchen and make these infused syrups for your next at-home cocktail hour.

Mastering this simple syrup will make your friends and family think you are a master mixologist when it comes to making cocktails. Simple syrup is a crucial ingredient in most cocktails because it blends so easy with all your other ingredients. It can also be used in making nonalcoholic drink options as well as a way to sweeten up a tea or coffee. It is effortless—1:1 ratio of water and sugar. Heat the water over medium-low heat until hot, but not boiling and add the sugar and stir until fully dissolved. Let the liquid cool to room temperature before using or storing. Store in an airtight container in the fridge for up to 3 weeks. If you want a thicker consistency, change the ration to 1-part water and 2 parts sugar!

Having cinnamon syrup on hand is the easiest way to winterize any summer cocktail favourites. While this syrup is a bit more time consuming than other simple syrups, having this on hand will up your holiday cocktail-making game.

Combine all ingredients into a saucepan over medium heat and stir until sugar dissolves. Bring the mixture to a simmer, do not let it boil. Remove from the heat and let the cinnamon steep for at least 24 hours. Strain mixture into an airtight container and store in the fridge for up to 2 weeks.

If you cannot get enough Pina Coladas or other tropical drinks in your life, you need to master this coconut syrup recipe. Combine equal parts full-fat coconut milk and sugar, stir over medium heat (but not boiling) until sugar dissolves. Let cool and store in an airtight container for up to 2 weeks in the fridge.

Rose has a unique taste, but by making a rose syrup it will bring a lightness to rye whiskey on the rocks with some lemon juice served over rocks.

Combine all ingredients into a saucepan over medium heat and stir until sugar dissolves. Bring the mixture to a simmer, do not let it boil. Remove from the heat and let the dried roses steep for at least 2 hours. Strain mixture into an airtight container and store in the fridge for up to 2 weeks.

Get creative with cocktails with these 4 happy hour cocktails. 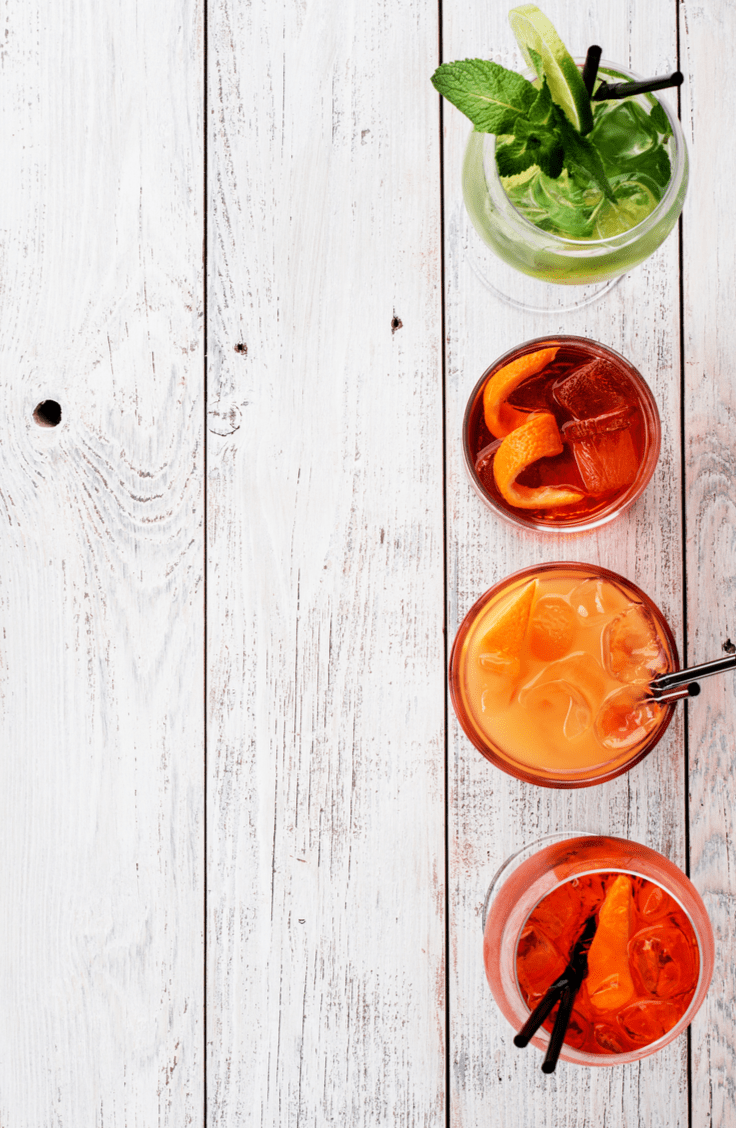 Zoey is the social media and content coordinator at SPUD. When she is not at work you can find her making a mess in the kitchen, sipping on coffee and playing board games.

5 Blood Orange Cocktails To Sip Your Winter Blues Away

With the nights longer and the days shorter, sip on these blood orange cocktails to…

The inspiration behind Tailgunner Brewing Company is a remarkable story of service, sacrifice and bravery.…

Although the days are shorter and colder, it doesn

Swipe ➡️ to find out why 15-minute instant gro

At SPUD, imperfect produce is perfect to us. That'

Hello SAVINGS! All month long, visit us on SPUD.ca

Redefine your wellness routine this January! From

The easiest and most delicious breakfast for those

Thank you for travelling on this journey with us t

Not sure what to do with all of the uneaten turkey

Wishing everyone a safe and happy holiday from the

Just in time for the holidays— oat nog is back!

Cheers to the holidays! 🥂 Don't forget to add w