Get Ready For Grilling Season With This Homemade Ketchup Recipe

Ketchup is one of the most ubiquitous sauces, especially in North America, but its origin may not be exactly what you expect. Ketchup, or originally “kôe-chiap”, was created by the Chinese in the 17th century with a mixture of spices and the brine of pickled fish. It eventually made its way to Malaysia where it was adopted by English colonists. When it was brought to the Americas, tomatoes became the primary ingredient, but it wasn’t until the mid-1800s where fish was finally dropped from the ingredients.

While many of us are likely to always keep ketchup stocked in our pantry throughout the year, there is probably no better season for it than summertime, the prime grilling season. We use it as a dip for sides, and slather it on burgers, hot dogs, and even steaks. To say that it’s a summer necessity is an understatement–the lack of it calls for an existential crisis. And the quality of your ketchup matters, which means the perfect barbecue party wouldn’t be complete without a proper fresh homemade ketchup sauce.

Not your basic ketchup recipe.

Here is what you need to impress your guests with the most delicious homemade ketchup. It’s best made with sauce tomatoes like roma tomatoes or beefsteak tomatoes.

GET THE FULL RECIPE 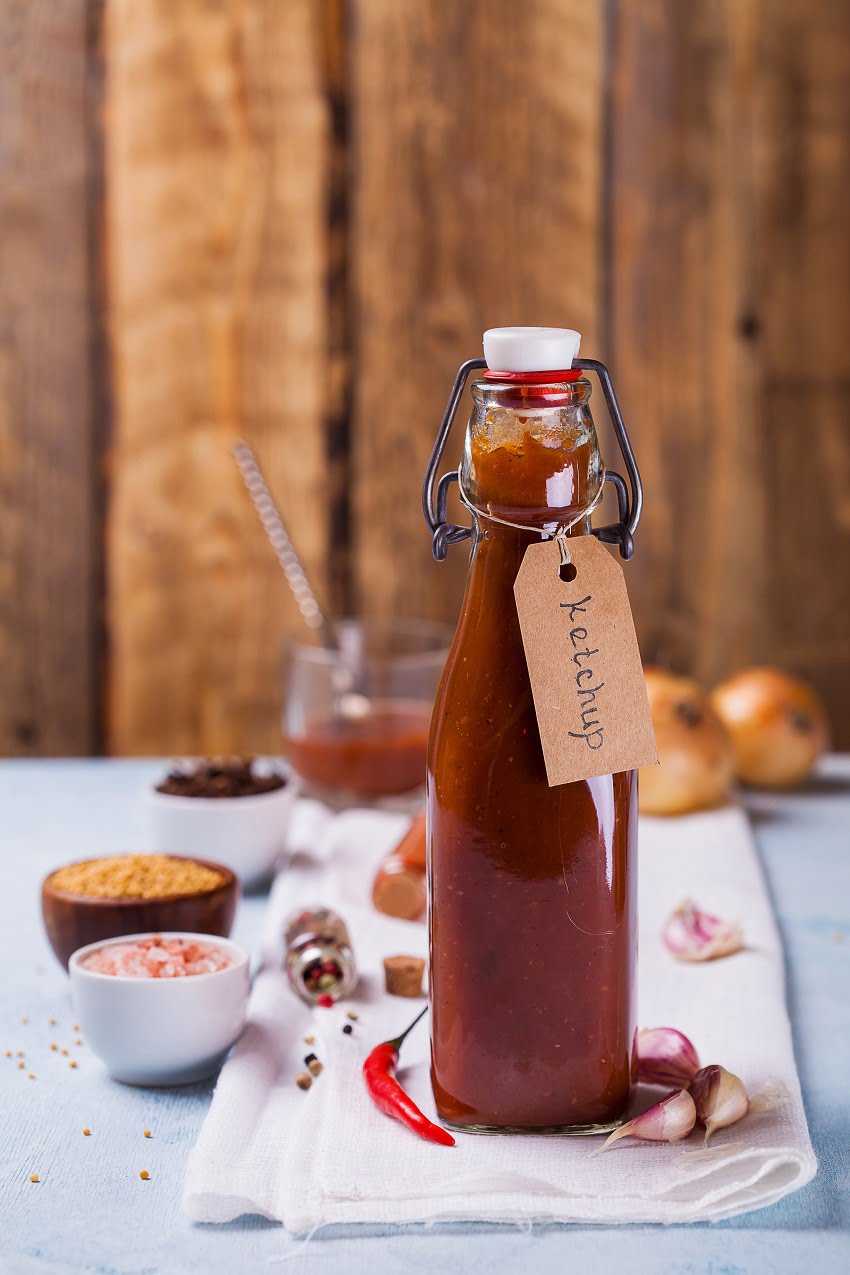