Shepherd’s pie is a great meal for using up whatever you have in the fridge. In fact that’s how it started out in the UK, as a meal to use up leftovers from the Sunday roast. Making a vegan version can be as simple as throwing together the vegetables you have on hand and baking them with mashed potatoes on top. But this version made with Beyond Meat Beyond Beef,  is great for when you want something that has a more traditional flavour and feel. It will be a crowd pleaser for vegans and meat eaters alike, and can be a great plant-based option at holiday dinners. 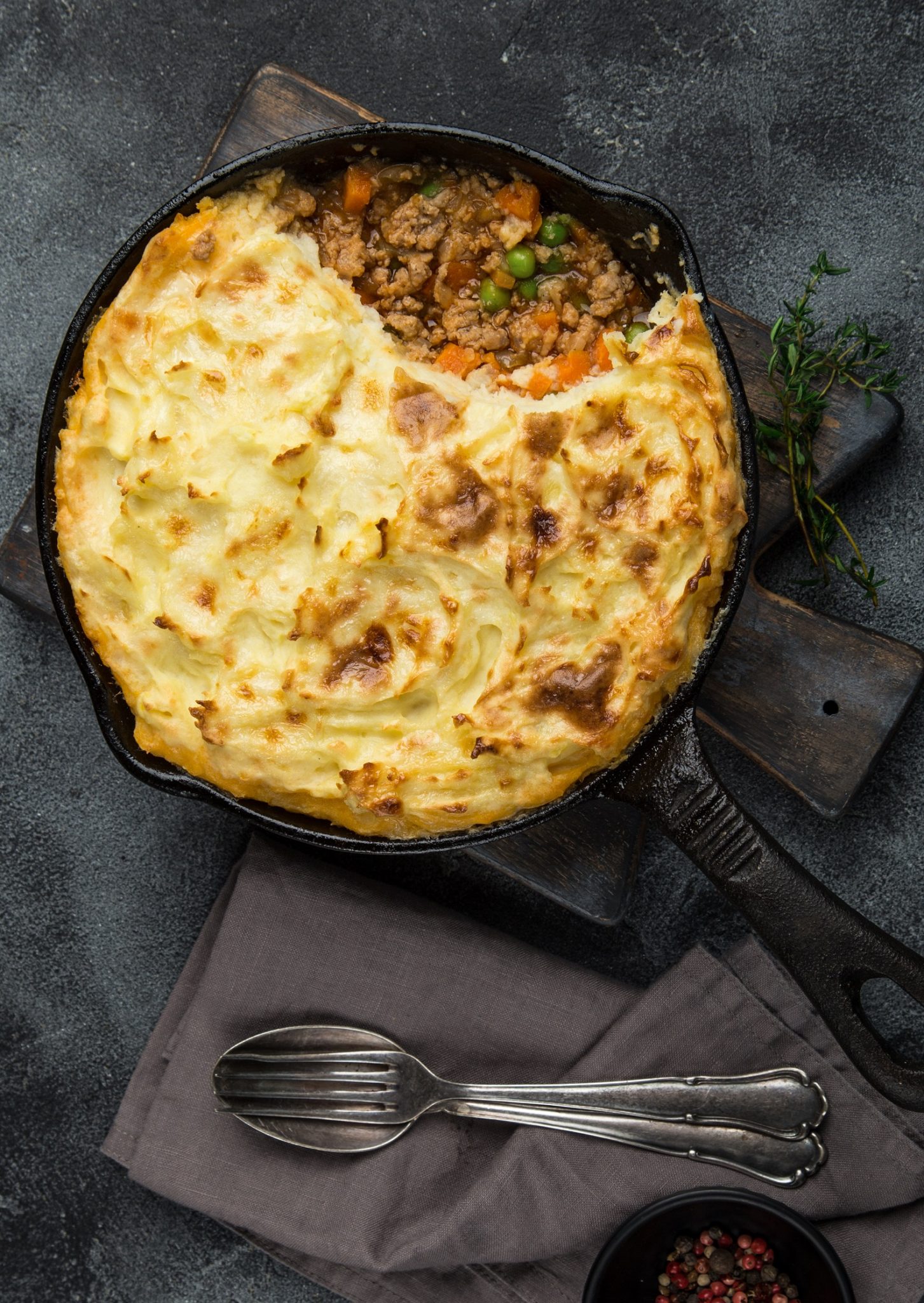