SPICE UP YOUR LIFE WITH THE CINNAMON SWIRL PIE CRUST

In the spirit of pie season (is it ever not pie season?), we had to share our latest DIY baking find: the cinnamon swirl pie crust.

With anything, a solid foundation is key–and pie is no exception. That’s what makes this cinnamon swirl pie crust a no-brainer. This crust certainly has wow-factor, and it’s actually so easy to make! All you need is a pre-made pie crust (store bought works just fine and saves time), butter, brown sugar, cinnamon, vanilla, and some flour for sprinkling. Although it’s a shame you have to cover up your beautiful creation when you go to spoon in your pie filling, you can be sure that you’ll be getting some of that cinnamon swirl goodness in every bite.

This crust can also be refrozen and saved for pie-fill day. I’ve taken ours home for Thanksgiving weekend, and will be turning this into a cinnamon-swirl-pumpkin-spiced-pie  for my family–but there are so many delicious sounding potentials to fill this pie up with. Cinnamon swirl and apple pie? Blueberry? Pecan? So many fantastic flavour pairings to fantasize about.

But really, the amount of effort and skill required for this crust is remarkably low in reference to how impressive it looks once it’s finished. If we can make this in our office kitchen (quickly enough to justify that we are ‘working’), then you can easily whip this up on your own.

How to make the Cinnamon Swirl Pie Crust 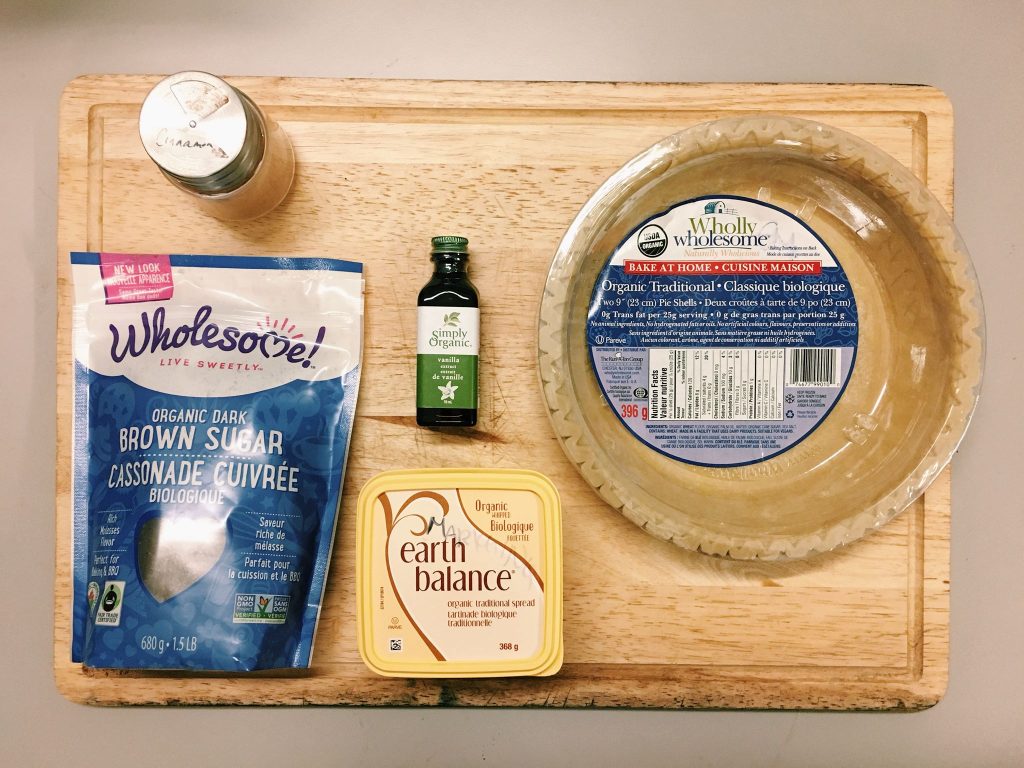 Remove your pie crust from its package. Lightly flour your surface before rolling out the dough to even it out. Aim for about 1/2 inch thickness. 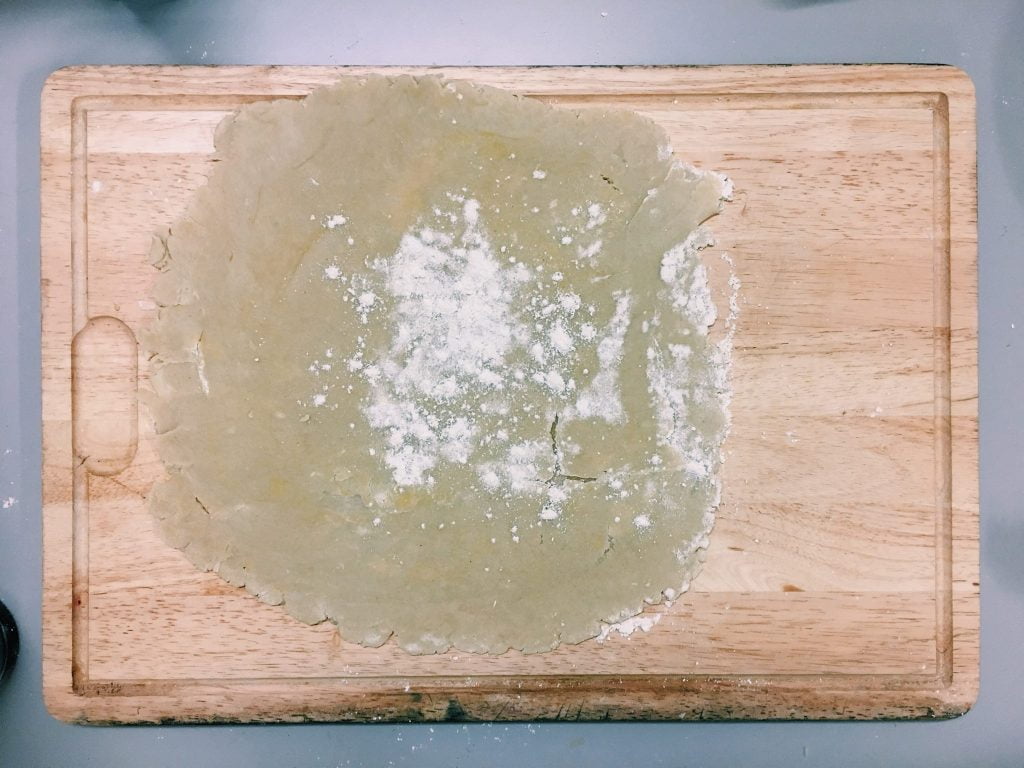 In a small bowl, combine the butter, cinnamon, sugar, and vanilla extract. Spoon this mixture into the centre of the crust. 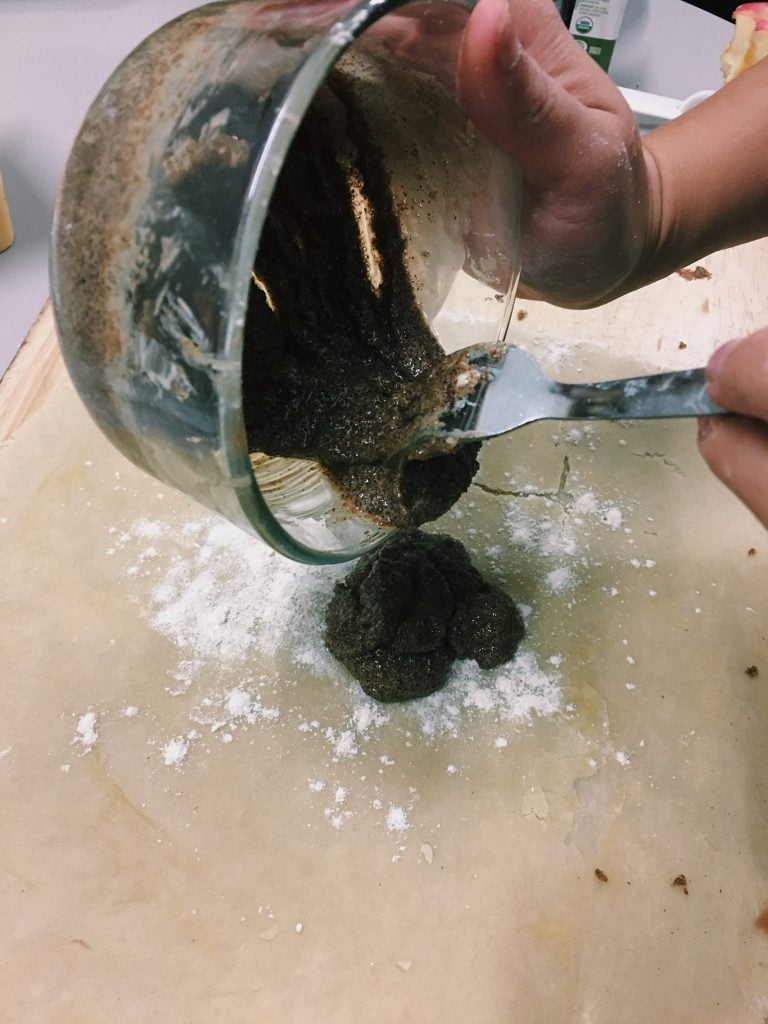 Use a spatula to spread the mixture evenly over the entire crust. 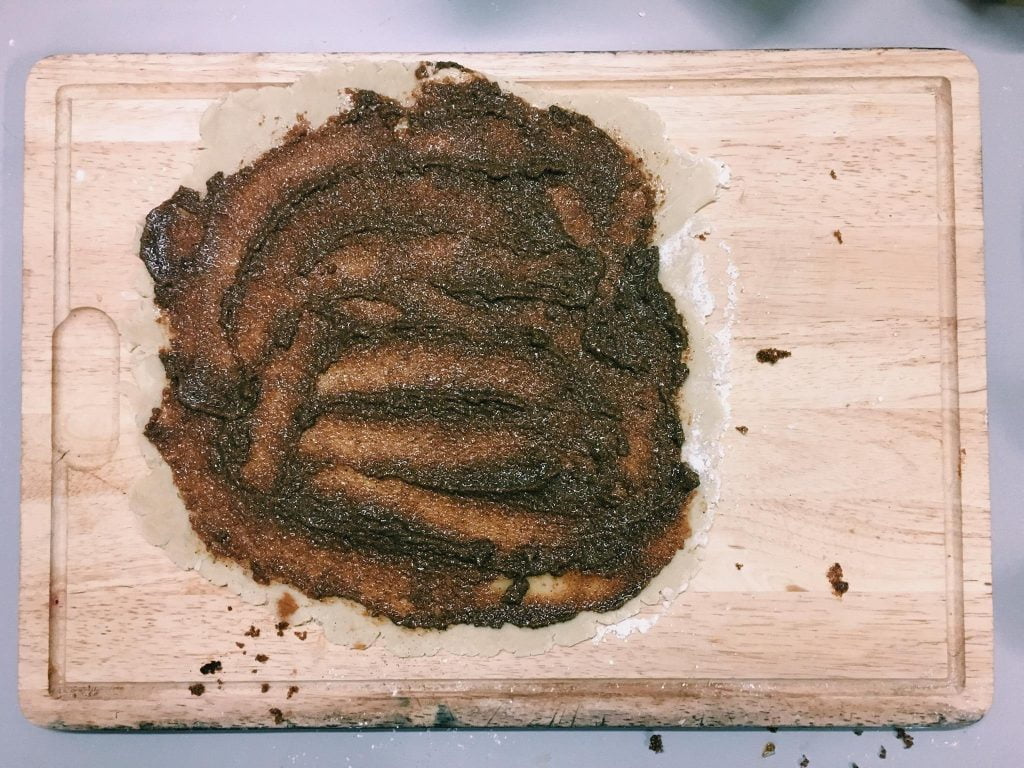 At the side closest to you, start rolling the edge of your dough up. You are trying to get the dough into a tight, spiraled roll. 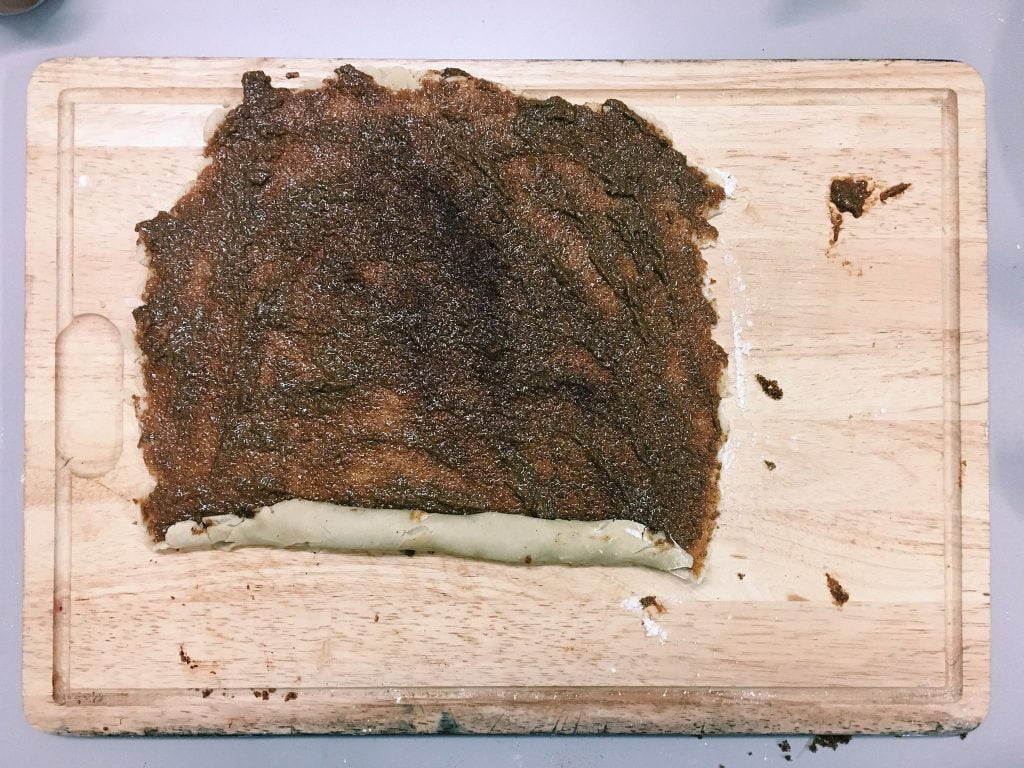 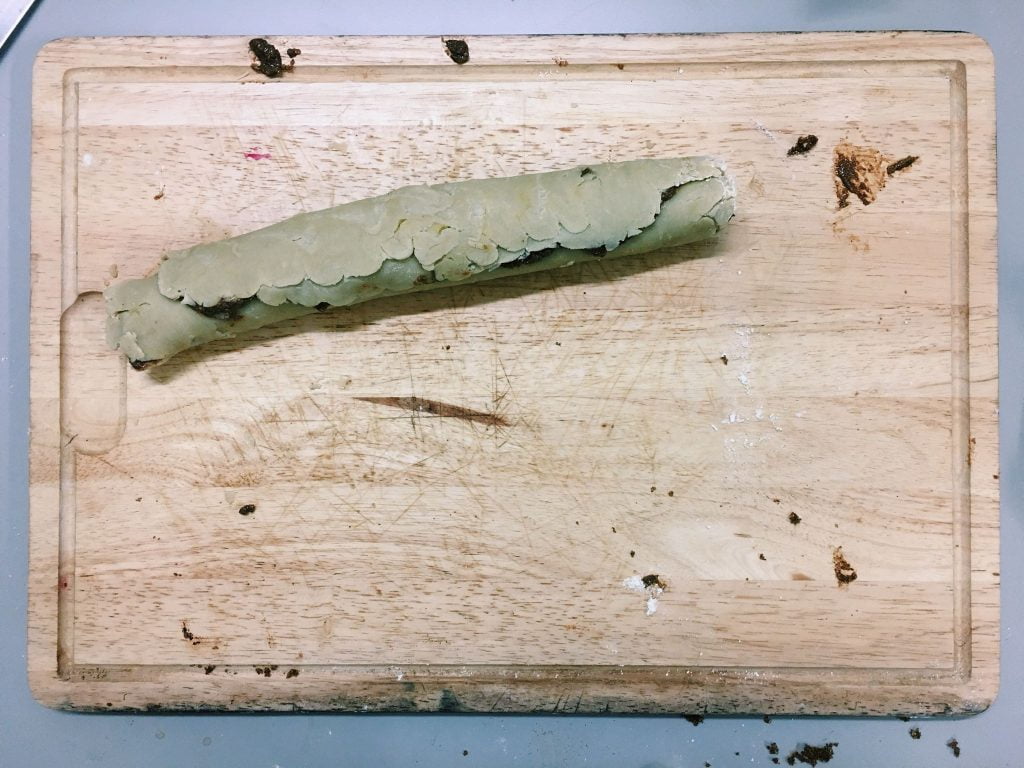 Once you’ve cut up the entire roll, prepare another lightly floured surface. Roll out each ‘bun’ into a 1/4 inch thick round. 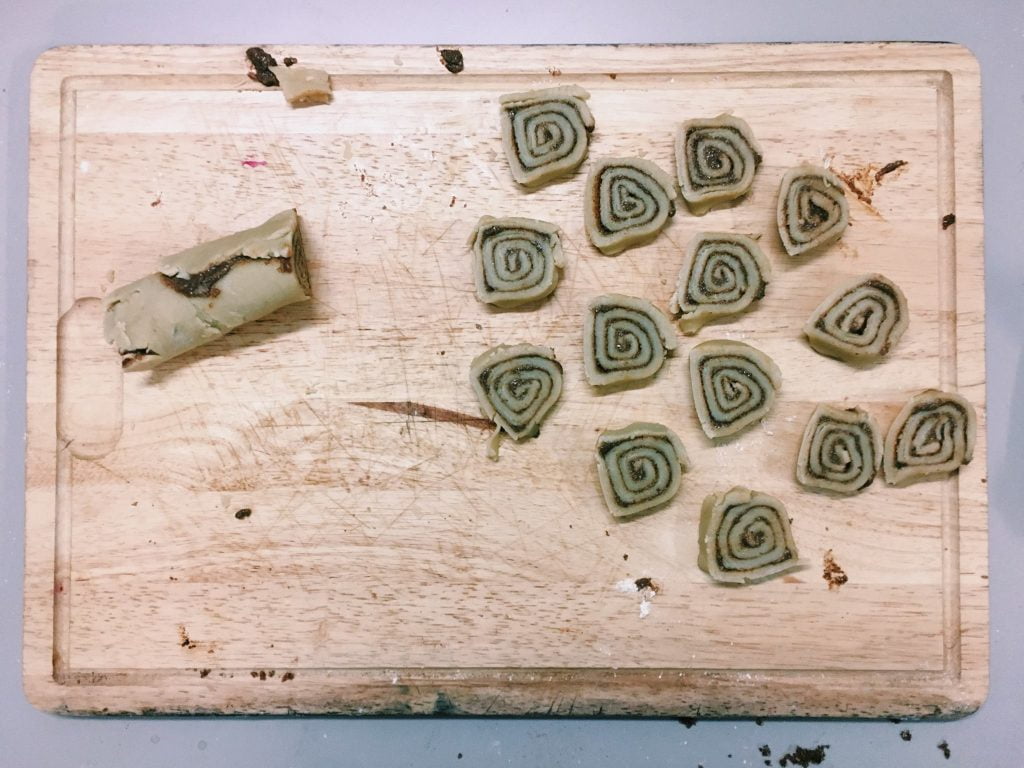 Place the pieces in a pie plate, overlapping them and pressing down slightly on the edges to seal. If the pieces aren’t sticking well, use a bit of water to help ‘glue’ them together. Continue placing the rounds of dough along the edges, and trim any excess that may be hanging over the edge. If you want to get really fancy, use the tines of a fork to create indentations along the edge. 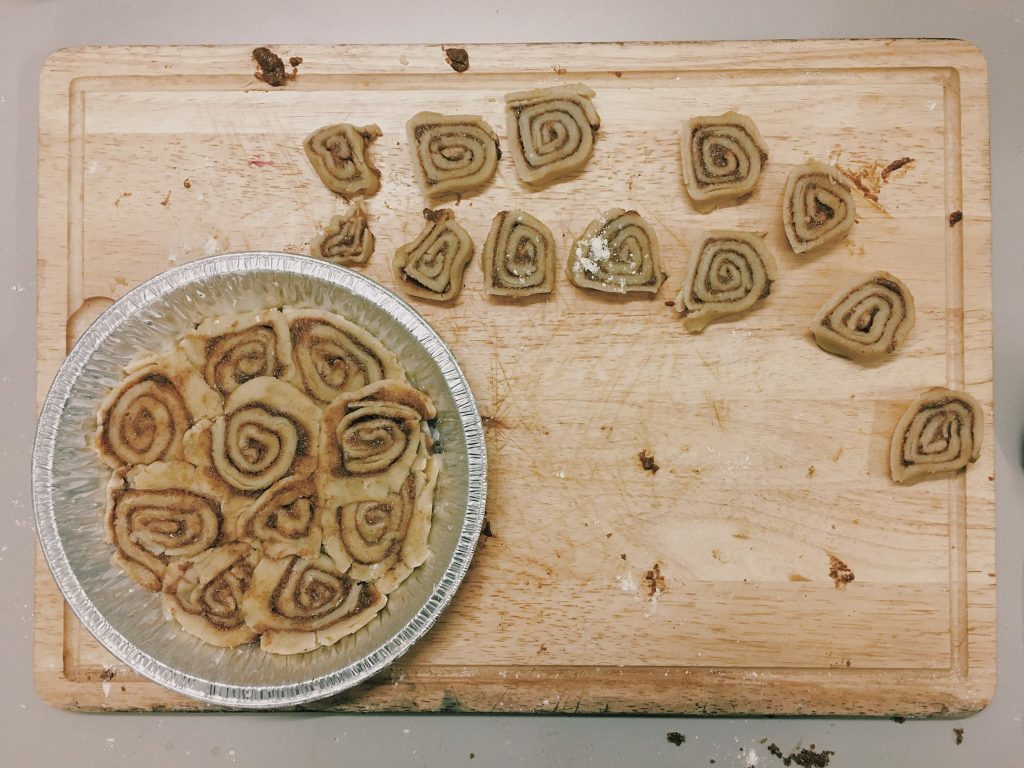 And voila! A tres Instagram friendly pie crust to impress all of your Thanksgiving guests. Chill well before filling and baking, and bake according to your preferred pie recipe! 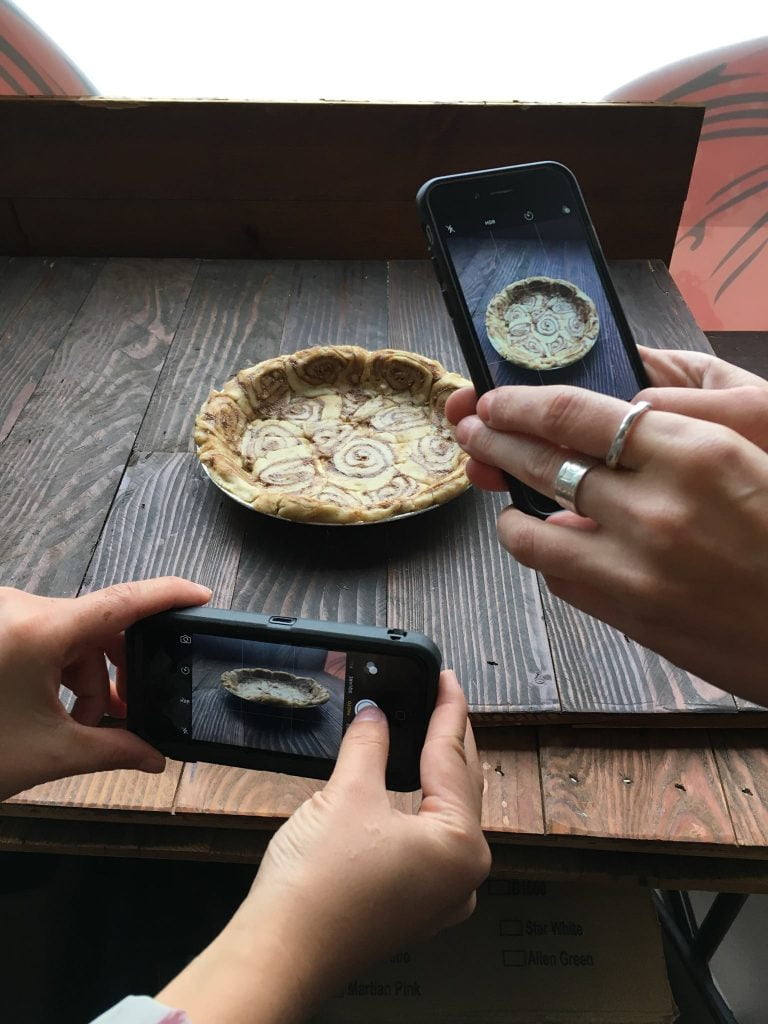 How would you dress this pie up? Any other wacky spins of our favourite baked goods to share?