I’m a big fan of veggie burgers. Even before I started eating a mostly plant based diet I would frequently order veggie burgers at restaurants and make them at home. Through this I learned two things: first, there’s a Venn diagram of people who like ‘garden’ veggie burgers (where it’s evidently made from vegetables) vs. people who like imitation meat burgers, and a smaller camp in between who like ‘em both equally. Personally, I think they both have their place. Second, veggie burgers are actually pretty easy to make.

Here are a few recipes to get you started on your homemade veggie burger journey. Whether you’re a fan of imitation meat, a veggie filled patty or something in between, there’s a recipe to satisfy every taste bud:

Comforting and light, all at the same time! Toss it on a lettuce or cabbage leaf ‘bun’ for an extra light, but still filling meal. Store these in the freezer and you’ll have an easy and healthy option available at a moment’s notice.

If you’re on the “imitation meat” side of the veggie burger argument, this burger is probably the one for you. Made by the vegan wizard behind Hot For Food, Lauren Toyota, it uses Gardein Beefless Ground to create a veggie burger delicious enough to trick your tastebuds.

Black beans are a classic when it comes to the garden veggie burgers. This recipe turns them into hearty, smoky goodness. Bonus: they only need 10 ingredients to make! Get the recipe from minimalistbaker.com – Dana says these are “the ultimate veggie burgers for the grill or stovetop!”

Another one for those who like something akin to meat! Homemade seitan is easy enough to make, though a little time consuming. I would recommend making a larger batch of seitan (it’s so versatile!) and storing it in the freezer for burgers or whatever else.

This is an outlier as far as veggie burgers are concerned, but it’s equally delicious. Mushrooms are beloved for their meaty texture and rich flavour. Bonus: you can throw juicy portobellos right on the grill and they won’t fall apart!

Not into making your own veggie burgers? No problem! 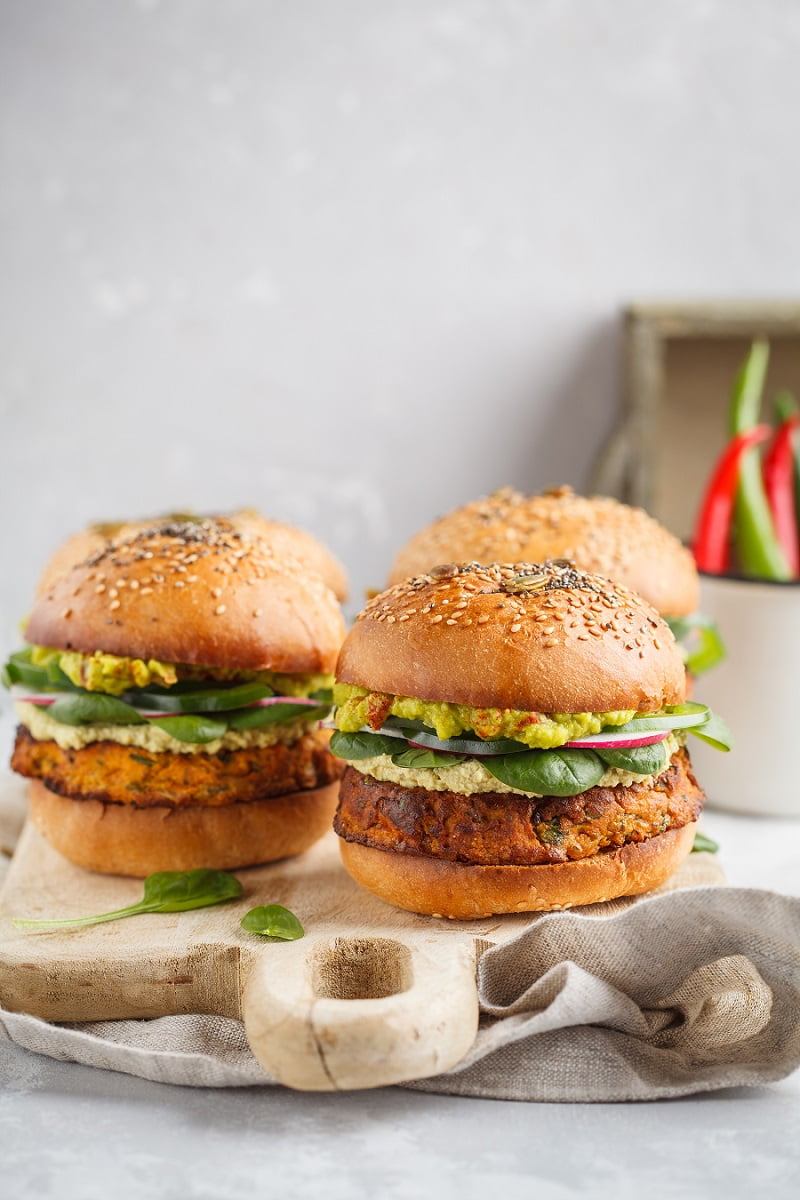