Seitan (pronounced SAY-tahn), is a vegan meat substitute made from vital wheat gluten. Sometimes called ‘wheat meat’, it has a dense, chewy texture that’s surprisingly similar to meat. Plus, seitan is a protein rockstar at 75g of protein per 100g (chicken breast is 31g).

Traditionally, wheat gluten has been popular in China, Japan, and other Eastern and Southeastern Asian countries. Now, as vegetarian and vegan diets become more popular in the west, so too does seitan. And for good reason, seitan is a very versatile protein.

Seitan can take on whatever flavour you want – the only limit is your imagination! Want to make a chicken noodle style soup using seitan? Use a vegetarian chicken flavoured broth and some classic herbs in your seitan. Want a fishier feeling? Add seaweed into the broth. There are so many options!

This is a basic seitan recipe. To be honest, I would not normally just eat it after this round of cooking – although, you definitely can! Instead I add it to a stir fry, batter+bake+sauce for hot wing inspired seitan, add it to stew, or grill it for a sandwich. (Try replacing the vegan chicken in this peanut sauce stir fry with seitan!)

Now you have seitan that can be cooked up into many different recipes. Enjoy! 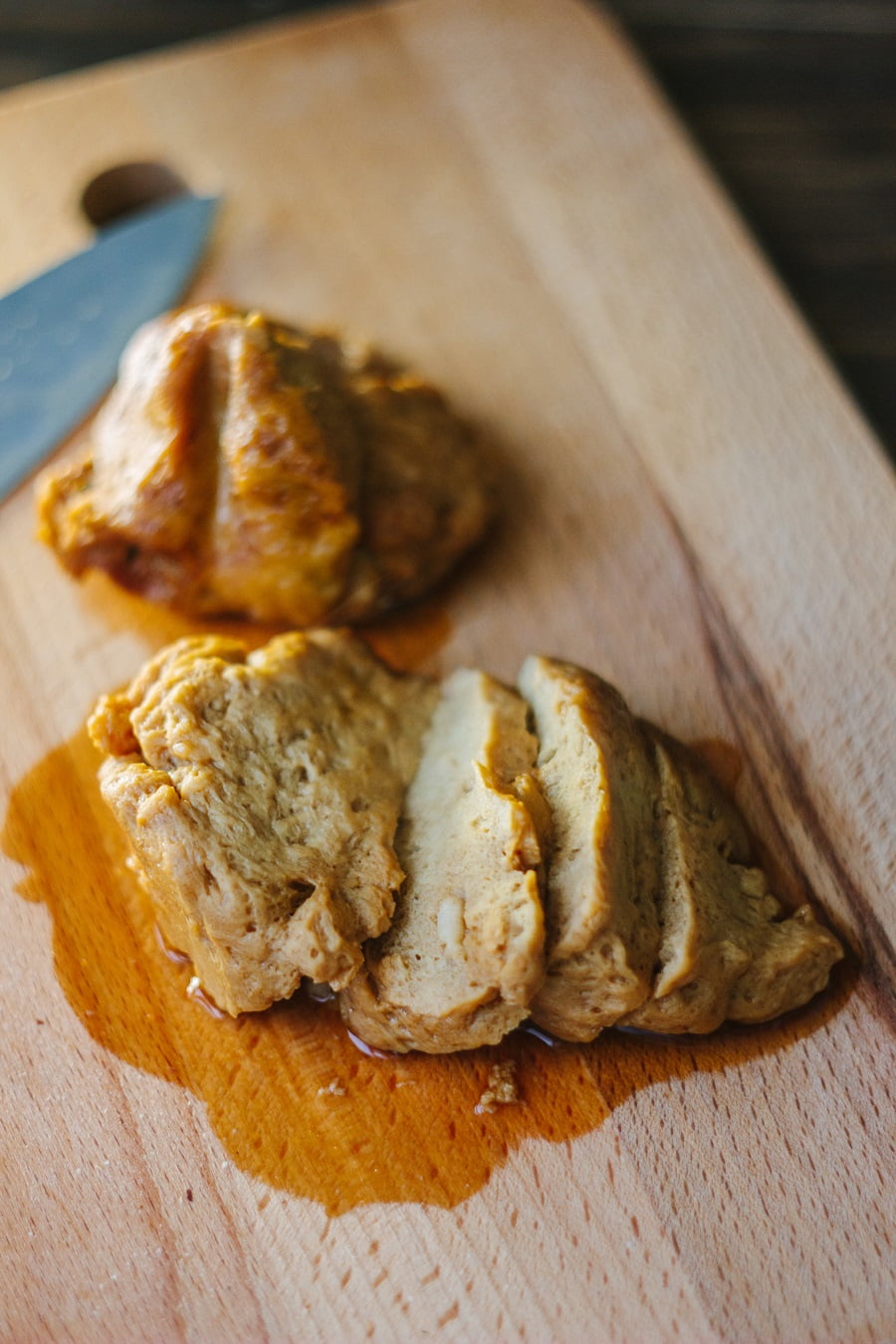 After a busy summer, it’s time to reset your mor

You may have heard of bread pudding, but have you

Meet our local vendor @anitasorganic based in Chil

Let us do the planning! Grab our family friendly m

✨ GIVEAWAY! ✨ We're making back to school as

HEALTHY CINNAMON TOAST CRUNCH! This is a game chan

Savour the last of summer’s seasonal fruit with

At SPUD, we are committed to strengthening the com

We're committed to being your most sustainable gro

We’re making back to school as easy as A, B, C!

Ever wonder the difference between organic and con

You cheddar believe we’ll be snacking on these 2

Return to routine with this delicious deal! Save 2