It seems like every time I walk through the section of plant-based milks at a grocery store, there’s something new and innovative. It’s great because who wouldn’t want more options? And although I’m not a vegan, I do love plant-based milks and how delicious they are even on their own. But I have also noticed how different the homemade stuff tastes from any store-bought product.

There’s a sense of excitement that comes from making your own homemade milk for the first time. You just don’t know what it’s going to taste like. And ever since making my first almond milk, I’ve gone on to make many different plant-based milks, and they’ve all been pretty impressive and tasty–even when you don’t expect them to be. The journey to finding the perfect homemade milk continues, but here is a round-up of all the milks I’ve tried so far.

I’ll be the first to admit I don’t love store-bought almond milk. It’s good, just not great. If you’re like me, do not be put off making your own homemade almond milk because I promise you it’s worlds apart in terms of flavour and smoothness. I stand by my initial descriptor: an ambrosial silk of heaven in a tall scintillating glass. It’s that good.

Make your own almond milk.

Probably the second most popular nut milk on the market, homemade cashew milk was also delightful. The best part of cashew milk is that I didn’t need to filter out the pulp blending it; it was thin enough to not bother me. Homemade cashew milk turned to be refreshing, lighter than almond milk, and yet delightfully buttery at the same time.

Make your own cashew milk.

I know this sounds weird, but it’s actually a great milk alternative. You’re already eating bananas anyways, and you know how beneficial they are for your body. Not to mention this doesn’t require any soaking or filtering–just blend! On top of that, it’s vegan, dairy-free, gluten-free, raw, and paleo. Dietary restriction is a thing of the past with banana milk.

Make your own banana milk.

Hemp milk has been on the market for a long time and it’s no secret how nutritious hemp hearts are–seriously, omega-3, omega-6, omega-9, the list goes on. If you’re craving something fresh and instant, homemade hemp milk is where it’s at. No overnight soaking, just blend and filter. Embrace mild grassy aroma with this milk.

Make your own hemp milk.

Walnut milk is perfect for those who want to a little bit of nutty flavour in their nut milk–makes sense. Of the many nut milks, walnut milk perhaps stayed the most true to its original flavour despite being less creamy than almond milk and cashew milk. If you enjoy a light and smooth plant-based milk, walnut milk is your match made in heaven.

Make your own walnut milk.

Homemade pecan milk is one of the best options: healthy, delicious, and versatile. The profile was akin to that of walnut milk, but it was even more aromatic and had the silkiness of almond milk. Did I mention that it’s perfect in coffee? This isn’t always the case with milk alternatives, but pecan is definitely up there when it comes to versatility.

Make your own homemade pecan milk.

Pumpkin seed milk is a must-try. Think of it as a hybrid of pecan milk and cashew milk with a soft nutty aroma and a hint of sweetness. Its soft and fairly neutral taste makes it ideal for coffee. And if you’re not planning to use pumpkin seed milk as coffee, feel free to disregard the straining process as it’s thin, and I didn’t find it to be much of a bother.

Make your own pumpkin seed milk.

Pistachio milk is one of my all-time favourites along with almond milk. If the mesmerizing pastel green hue isn’t enough for you to do it for Instagram, its taste definitely will. Just think, when has pistachio ever let you down? Pistachio ice cream, pistachio macaron, pistachio cake–you name it! The final product is well worth the tedious shelling of pistachios. And you’ll have the trendiest nut milk to show for it.

Make your own pistachio milk.

Quinoa milk is, how do I put it, very quinoa forward. But in a good way. We already know how healthy quinoa is for you, so why not make it a milk that we can drink all the time? I reckon it would be perfect for a bowl of oats or in a smoothie, but it also worked well in coffee. I preferred a tiny bit of flavouring and sweetener to mask the quinoa flavour, but all in all, quinoa milk was a hit.

Make your own quinoa milk.

A basic hazelnut milk recipe is deliciously nutty. But when you heat it up on the stove with cocoa powder and some sweetener you have a freaking amazing hot chocolate. Need I say more? I don’t think so.

Make your own hazelnut milk.

These are the milk alternatives we’ve tested and approved! While I do tend to go for certain milks more than others, it’s undeniable that there’s a mood for every milk option–maybe with the exception of cockroach milk.

Have you tried making your own milks? Are we missing out on your particular favourite? Let us know which nut milks you love, and what we should try next! 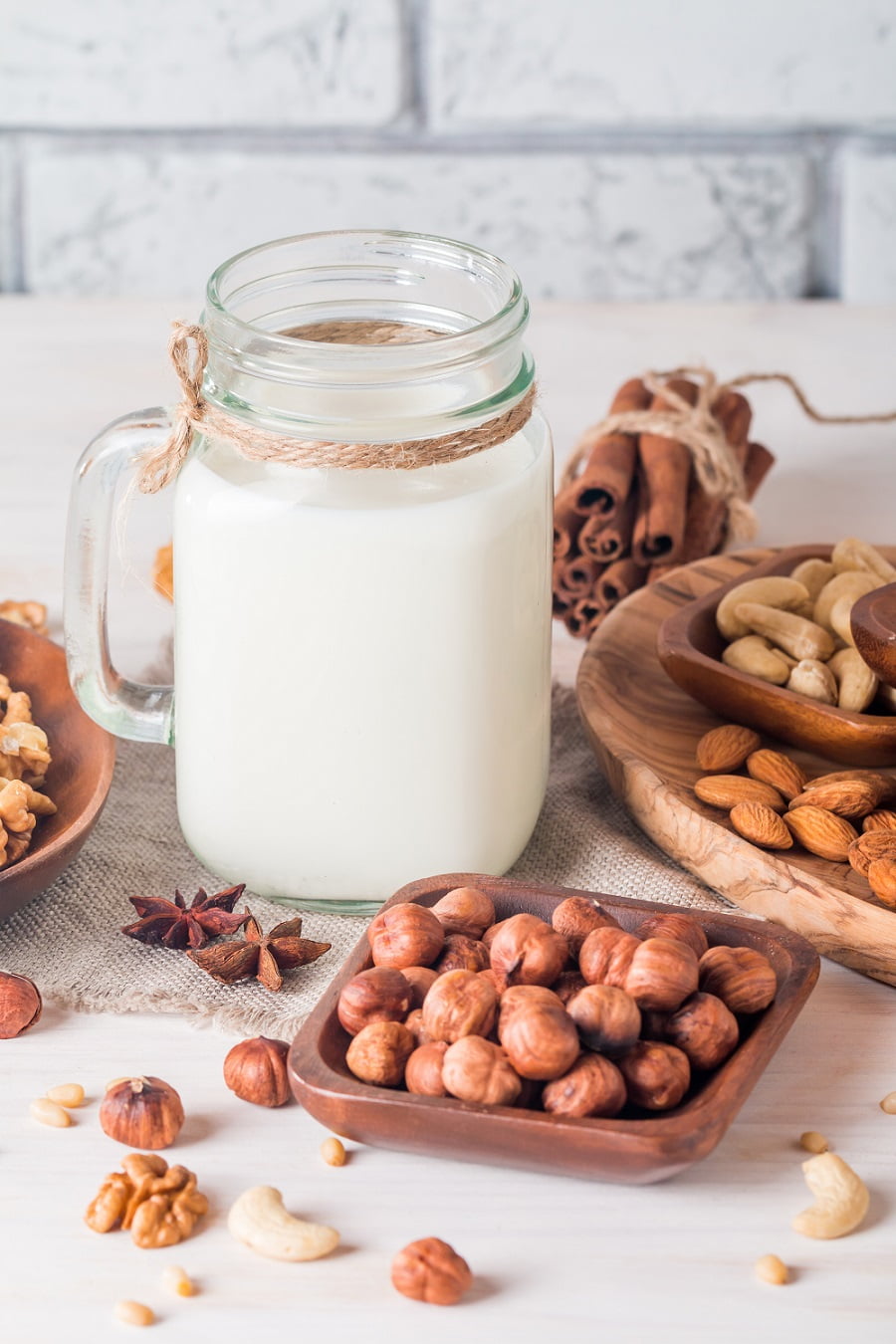