Last week I was recruited to stay with my grandchildren, ages 10 and 12, for a few days while their parents went on a mini vacation. My grandchildren are not vegan but are aware that I am and as much as I would like to convert them, my job as a grandparent is not to do so. Hopefully, in time, they will come to that decision on their own. At their house, I located an underused waffle iron and put it to good use.

For breakfast one morning I made vegan waffles and they were a hit. I even made more than they could eat at one meal so I could package them, separated by sheets of waxed paper and freeze them. When my kids were little I often made an excessive amount of waffles specifically so they could be frozen, reheated in a toaster and had for breakfast on rushed-for-time weekdays. On Sunday, I planned to make a vegan family dinner that hopefully they would enjoy. We had Gardein Mandarin Crispy Chick’n, baby maple glazed carrots and mashed potato waffles. Potato waffles are super easy to make and because they are shaped like a waffle, seem to satisfy picky eaters.

I searched the internet for recipes and found several so using them as guides, I improvised with my own version.

These are a nice change from regular mashed potatoes and are similar to potato pancakes in taste. Topped with a little vegan butter or, in the case of the kids, some ketchup and they pleased everyone. 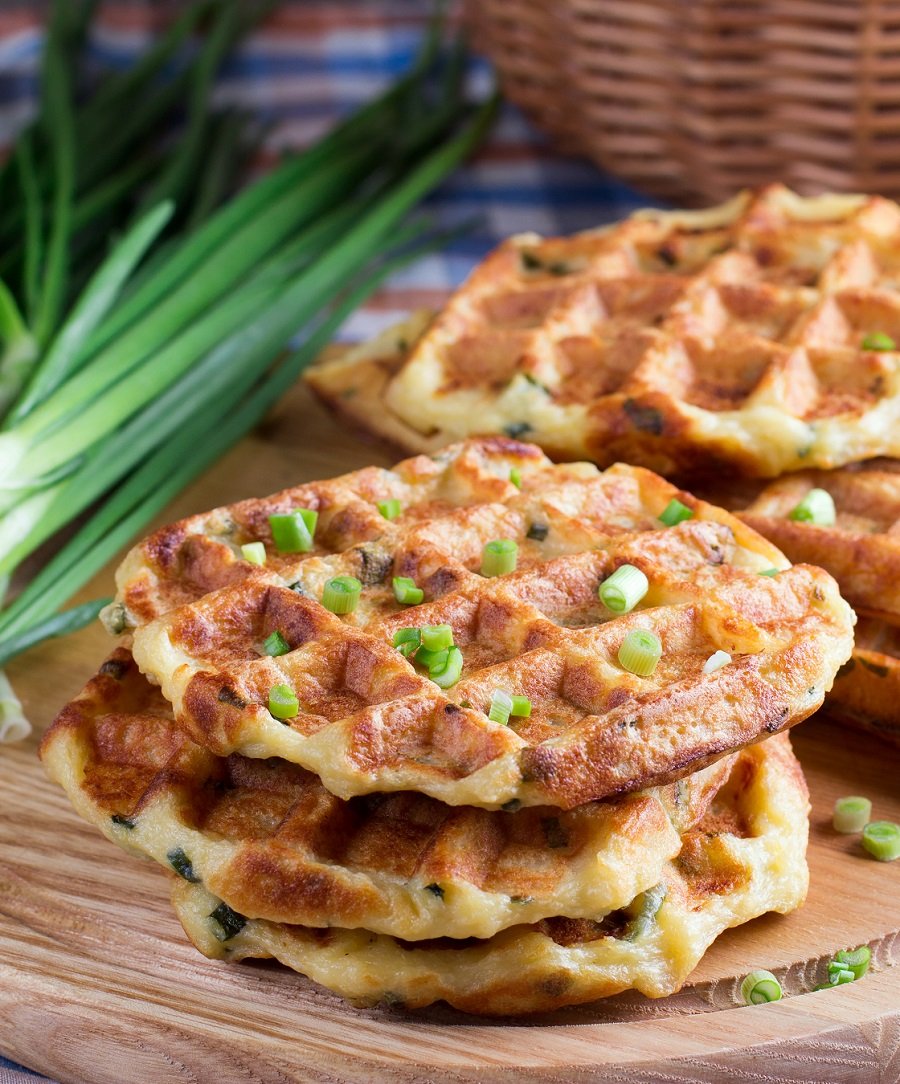