4 TURKEY STUFFINGS YOU HAVE TO TRY THIS HOLIDAY

If it were socially acceptable for every side to be a stuffing, my holiday dinners would look, smell, and taste a lot different. As soon as the cold weather started coming around, my Google search history filled with inquiries about ramen, hot chocolate, and, you guessed it, stuffing. Believe it or not, you have more options besides the traditional bread stuffing that many families have adapted and perfected over time.

You may want to give these delicious stuffings a try this year as a substitute, or in addition to your regular recipe.

Christmas isn’t complete without cranberries and walnut, so it’s only fitting that the two meet to create a wholesome, edible duet. Preheat an oven to 350℉, and then get to preparing the stuffing. In a bowl, toss in dried bread cubes, walnuts, and cranberries. You’ll get to ‘em later. Warm a skillet over medium-high heat and melt a generous amount of butter. Add the celery and onions and cook ‘em until they’ve softened and browned lightly. Add some herbs and spices like parsley, sage, thyme, salt, and pepper. Mix in and cook for a little longer then add the mix into the bowl with the bread cubes and toss it until it’s mixed well. Add a cup or two of chicken broth to the mix, stir well, and pour evenly into a baking pan that is lightly coated with butter. Bake uncovered for about an hour, or until the top has lightly browned and then enjoy!

A stuffing with apples, meat, and wild rice? Count me in! For this yummy stuffing that can double as a filling side dish, you’ll want to spread out the work. The evening before the big dinner, make a couple of cups of wild rice and allow it to cool then refrigerate. Do the same for about four cups of dried bread cubes (preferably rye), except store it in a container at room temperature. For the bread, spread them out on a baking sheet and bake for 20-25 minutes. They should be dry and crisp.

The day of the big dinner, preheat the oven to 425℉ and begin preparing the rest of the stuffing. Cook your choice of sausage with leeks in a skillet until the sausage browns (about 6-8 minutes). Add some diced apples and celery to the skillet and bake for another few minutes. In a large bowl, mix together the wild rice, sausage mixture, bread cubes, and add sage, pecans, thyme, salt, pepper, and cherries (optional), Spread in a baking dish and cover with foil then bake covered for about 25-30 minutes, then remove the cover and bake for another 20 minutes, and serve.

The most common breadless stuffing alternative is simply vegetables, particularly ones that are often used to make stock. Chop up some celery, carrots, potatoes, sweet potatoes, onion, and roasting herbs. Toss them with salt, pepper, and olive oil and place them in the turkey cavity. The vegetables will not only soak up the turkey juices but also add sweet, flavourful notes to the turkey meat.

Making stuffing can be a piece of cake when you have a slow cooker handy! This recipe frees up time for other important dishes by virtually eliminating cooking time from the recipe – except for prepping! To make this simple yet delicious recipe, add a couple of teaspoons of butter in a pan over medium heat. Once the butter is melted, toss in peeled and diced sweet potatoes, celery, and onions and saute until the onion softens (usually about 4-5 minutes). Add some garlic, salt, pepper, and your favourite herbs and continue cooking for a couple of minutes then add a cup of broth (chicken or vegetable work best). Bring the mix to a boil and wait until the sweet potatoes are tender. Add dried bread cubes, another cup of broth, turn down the heat and pour the mix into your slow cooker. Set the slow cooker on low and set a timer for 3-4 hours. Serve warm and enjoy!

Going to give one of these recipes a try or have a unique one of your own? Share your experience with us in the comments below! 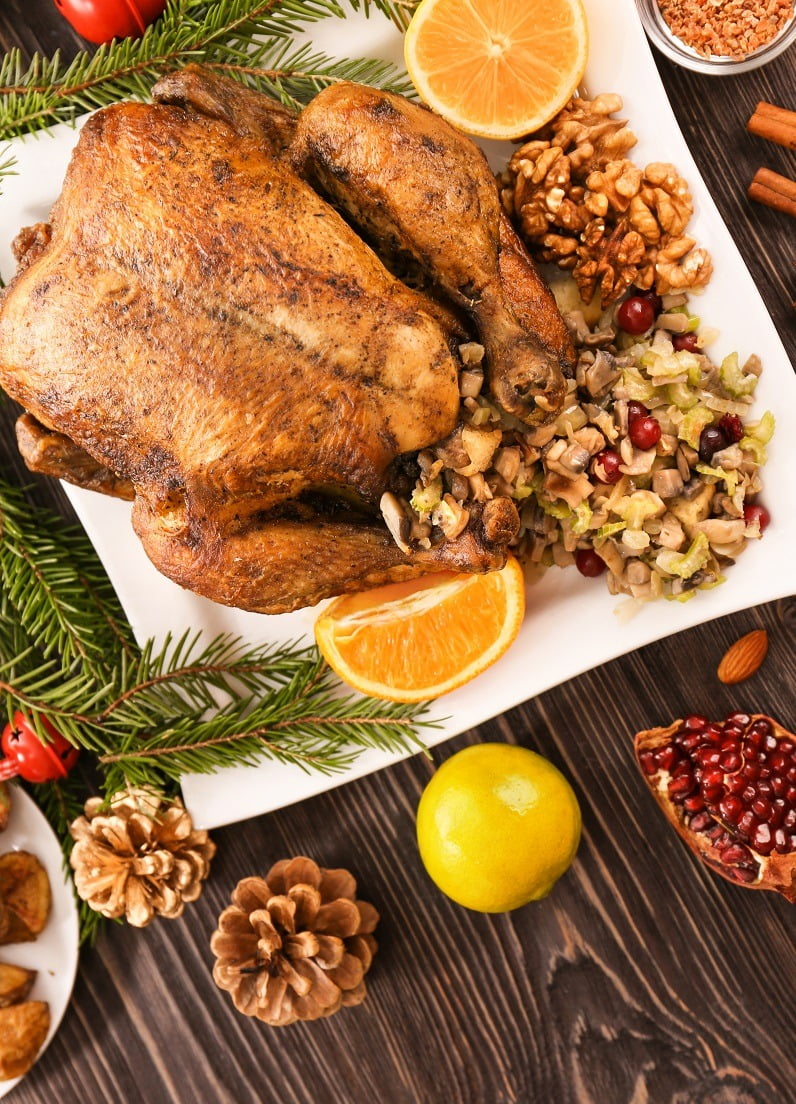