FOOL-PROOF TIPS TO PROTECT YOUR EYES WHEN CHOPPING ONIONS

Anyone who has ever diligently prepared onions for a bowl of guacamole, an omelette, a pasta sauce, fridge pickled onions, or anything else, knows exactly how tough it is to get through the task without a box of tissues.

It is apparently possible for some of us to develop a resistance against what makes us weep when we chop onions, but for the rest of us, it can vary between a case of welled up eyes, to a full-blown river of tears.

Why do onions make us cry?

Get ready for your newest fun fact party trick. The chemical that’s making you tear up is known as syn-propanethial-S-oxide, and is part of an onion chemical defence system that is impressive AF.

Because the onion is a perennial plant, which means that it will live longer than just one season, it has to defend itself against many natural ‘predators’ who may try to rip it up for a snack. To defend itself from such a fate, each onion cell contains a sealed vault that’s filled with enzymes. When you cut into an onion, these vaults are all forced open. This releases all of the enzymes and sends them crashing into each other, resulting in a million chemical processes taking place at once—including emitting syn-propanethial-S-oxide molecules, which then float up into the air and into our eyes, the ghost of the slain onion getting its revenge.

So what can I do to protect myself?

The Internet will provide you with a smorgasbord of tips to help you prevent the inevitable onion tears, but many of them make absolutely no sense. So if you’re using another reference for onion advice besides this blog post, beware of these nonsensical onion tear myths.

Things people do that don’t actually make a difference.

Light candles. At the most, a nicely scented candle will be something to distract you while your eyes are burning.

Cut while holding your tongue at the roof of your mouth. This will be frustrating and ineffective.

Julienne the onion. Points for fancy kitchen skills, but no cigar for onion tears.

Whistle while you cut. The air you will create while whistling won’t be enough to save you from the onion fumes, sorry.

Chew bread while you cut. Websites who suggested this tip, suggested only to ‘chew’, never disclosing whether or not you should actually be eating the bread while chopping onions. Even while we know this tip doesn’t work, the instructions still baffle me!

And more importantly—things you can do that WILL help you with the tears.

Chop onions in a well-ventilated area, near a fan. This will help blow away the molecules, and prevent them from reaching your eyes.

Freeze onions for fifteen minutes before chopping. This helps because the irritating molecules are less powerful when they’re cold.

Soak the onion in water. Cut the ends off of the onion and peel it. Then soak the onion in a bowl of water for about 15 minutes. This is said to draw out the sulfuric compounds from the onion’s surface into the water.

Wear goggles. Probably what most of us have thought as what would be a good idea whilst hoping we don’t stab ourselves through our blurred teary vision. Testimonies have confirmed that a pair of tightly fitting goggles works like a charm.

So there you have it folks, another mystery solved. All of those amazing sounding onion recipes you were previously weary of? Consider them doable.

Do you have any onion tips of your own to share? 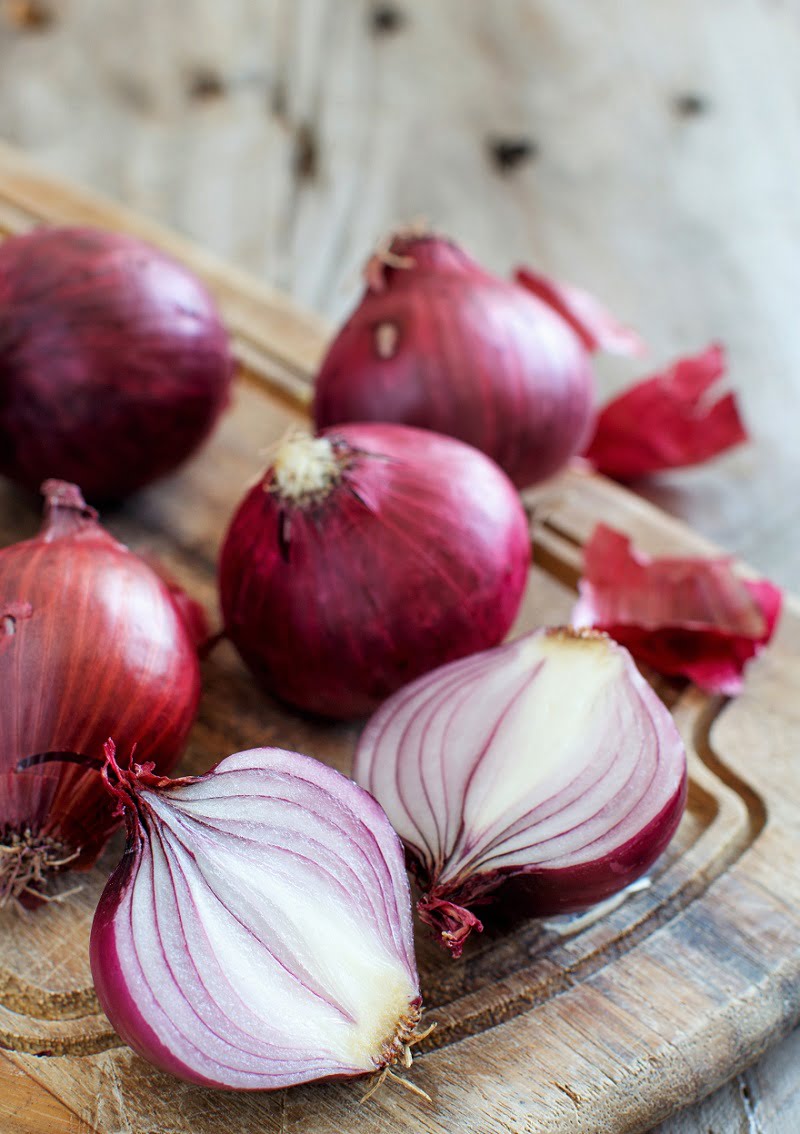