THANK YOU FOR HELPING ENSURE NO WOMAN HAS TO GO WITHOUT!

SPUD.ca Edmonton and Blush Lane Organic Market have been thrilled to partner with local charity No Woman Without. Period throughout the month of February. This organization was founded by Scarlet Bjornson when she became aware of how many woman have to make huge sacrifices in their lives just to buy tampons. Scarlet got straight to work organizing No Woman Without’s first ever tampon drive for women in crisis in 2017. It was a huge success and the support from the community was overwhelming.

When we at SPUD and Blush Lane heard about this incredible initiative, we knew this campaign would resonate with our customers and we wanted to help it grow in any way we could! With the infrastructure in place for deliveries, SPUD was able to use our vans to collect donations from drop-off locations all over Edmonton and the surrounding areas, and store them at our warehouse. This is a big change from last year, when Scarlet was picking up donations in her personal vehicle and storing them at her house! 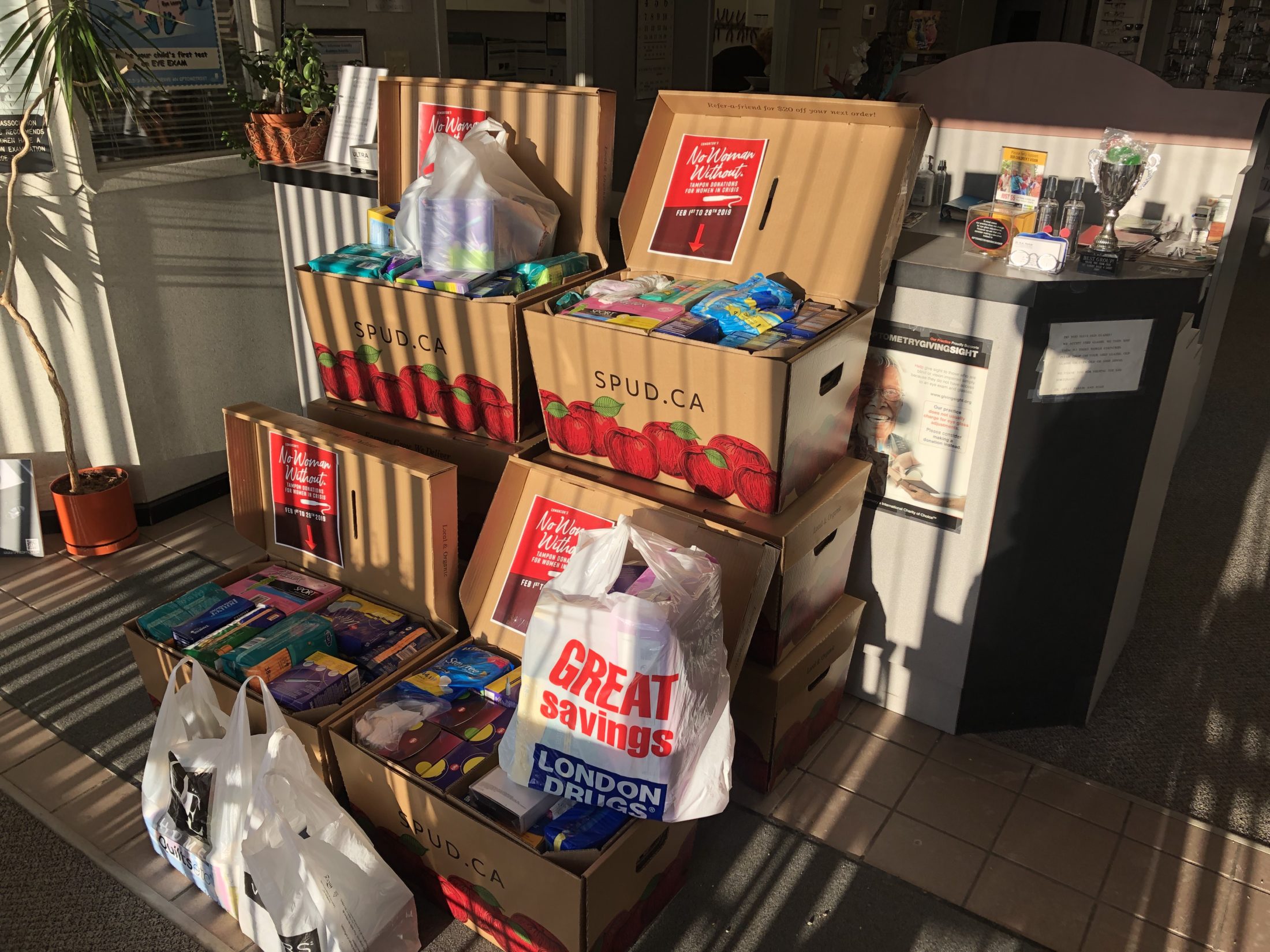 Blush Lane reached out to our amazing partner and vendor, Organyc, who stepped up and offered to donate 50% of proceeds of their products sold through Blush Lane during the campaign, so that even more feminine hygiene products could be purchased and donated.

The goal of tampon drive this year was to collect 7,000 units of product. It was an ambitious goal, but with all the support from local businesses and the community, it was definitely possible. After tallying up all of the donations, we far exceeded the goal of 7,000 items! The final count was a whopping 95,000 units, with an estimated retail value of $20,000 – more than 12 times the original goal! 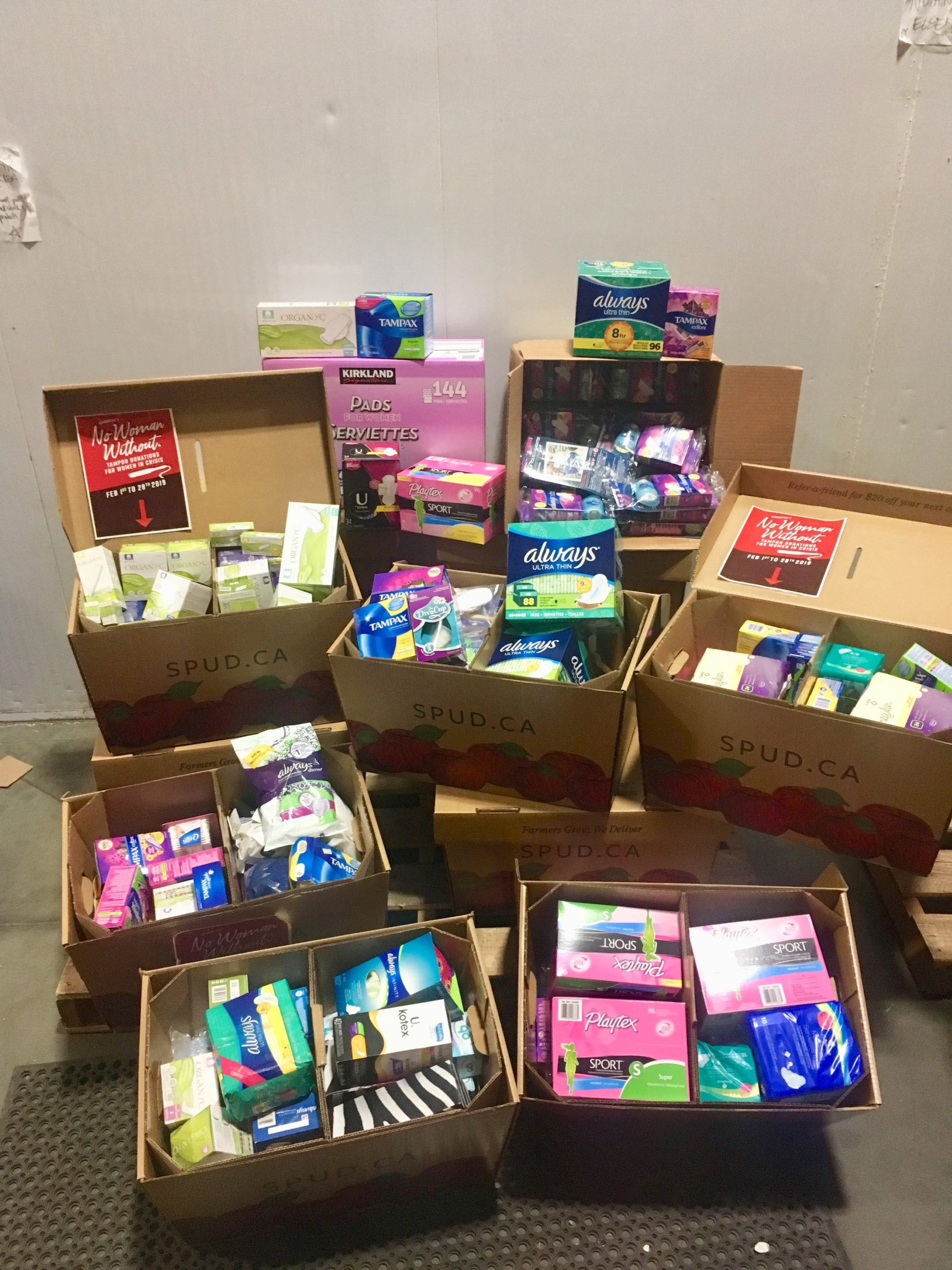 We want to say a huge thank you all the team members and partners of Blush Lane and SPUD who stepped up to make this campaign such an incredible success. Most importantly, we want to say a gigantic thank you to everyone who donated to this campaign throughout the month of February. The campaign was a massive success due to the enormous generosity of everyone who purchased feminine hygiene products for donation and either left them in their SPUD bin for pick-up or dropped them off at Blush Lane or one of the many other drop off sites around Edmonton. 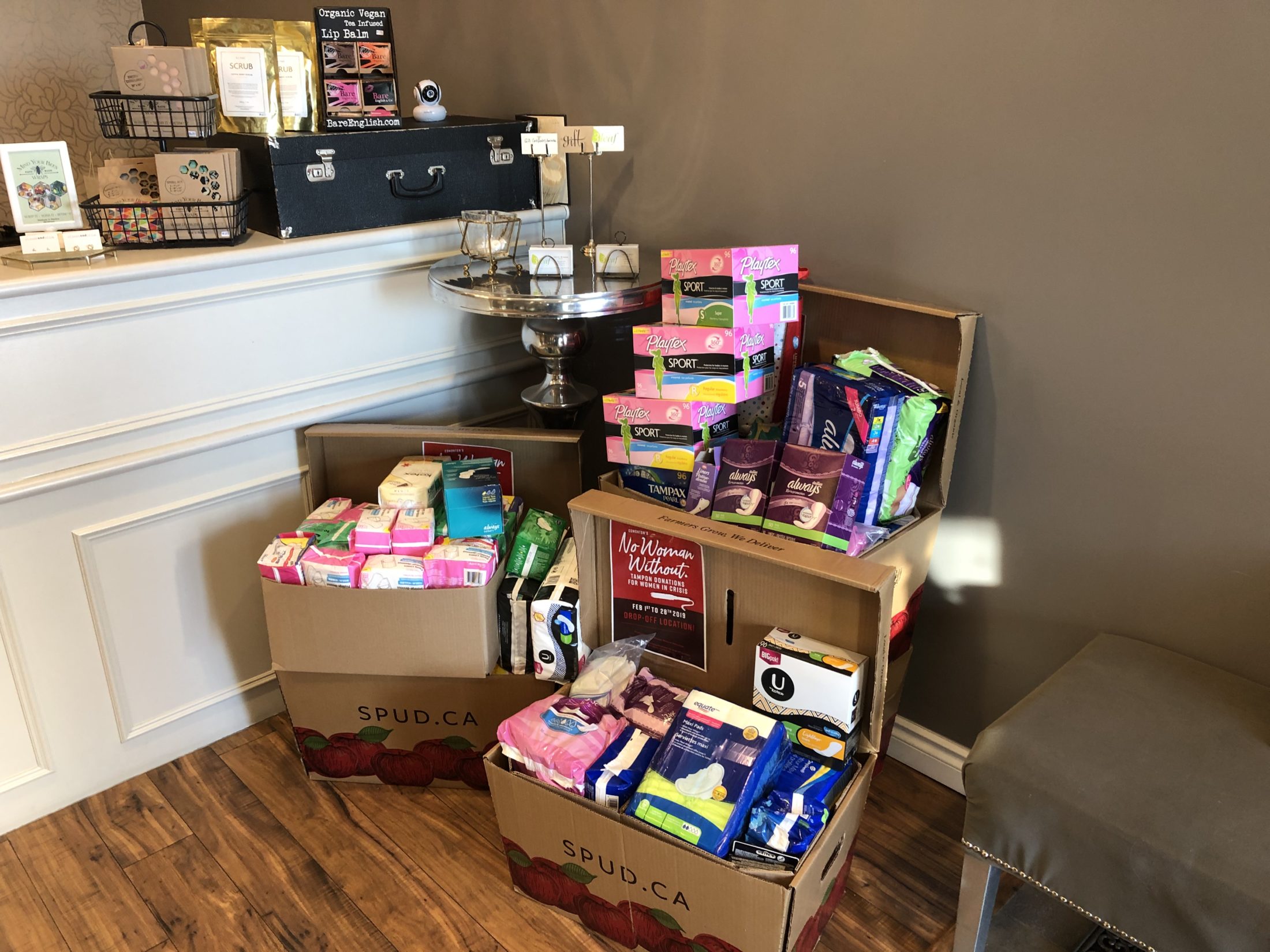 SPUD will be assisting in delivering these donations to local shelters so that women in crisis will have access to tampons and other feminine hygiene products. One of the shelters accepting the donations from the campaign is WIN House. They provided the following statement:

“For clients of WIN House, having just fled from domestic abuse, a basic need such as this is usually not top of mind. But, through community support and donations of period supplies such as from the No Woman Without. Period. campaign, we can help ensure her journey to an abuse-free life that has one less hurdle, one less barrier, and one more reason to hold onto her dignity.”

Thank you all so much for ensuring that no woman goes without. Period. 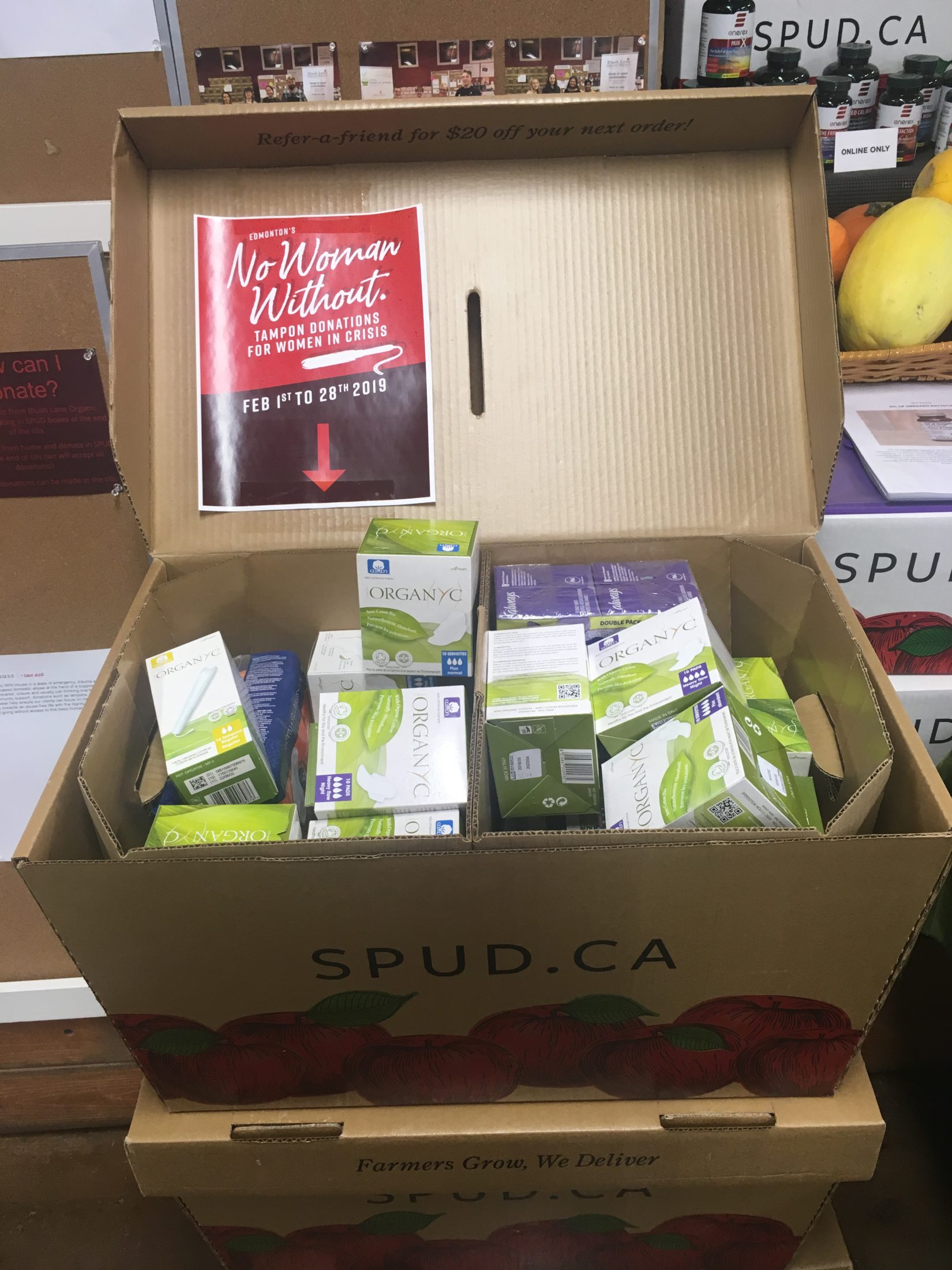 How to Virtually Celebrate Calgary Pride Week as well as Online Resources!

PARTICIPATE IN SPUD’S BIN DRIVE TO SUPPORT YOUR NEIGHBOURHOOD

FEBRUARY BIN DRIVE: NO WOMAN WITHOUT

No Woman Without When we think of people living on the streets or in poverty,…