I know, on the surface poached pears do not seem super spooky. But that’s what makes this idea so ingenious! No one suspects the poached pears.

Poached pears are seriously underrated in general. They’re simple to make, yet they seem fancy. They’re endlessly customizable, and taste amazing. Slowly simmering the pears brings out their delicate flavours, and gives them a luxurious silky texture.

These guys are also way less sugary than most Halloween treats, and make use of delicious, in-season produce, which we love. These spooky poached pears are great for a more grown-up Halloween gathering, but kids will also love them, especially if you get them involved in the decoration – it’s like a dessert jack-o-lantern! You can even use the poaching liquid to make a warming drink when you come in from trick-or-treating (splash of whisky optional).

Pour the pomegranate juice into a small saucepan and gently simmer for 10-20 minutes until it becomes syrupy.

Cut a thin slice off the bottom of the pears so they can stand upright, carve out little indentations for the eyes and mouths and decorate! We suggested blueberries, walnuts, and coconut flakes for decorations, but really you can use whatever you have on hand. Serve on plates with ‘blood’ syrup dripping out of their mouths.

These make a great dessert after a meal of pizza ghosts, or a warm pre-trick-or-treating snack! 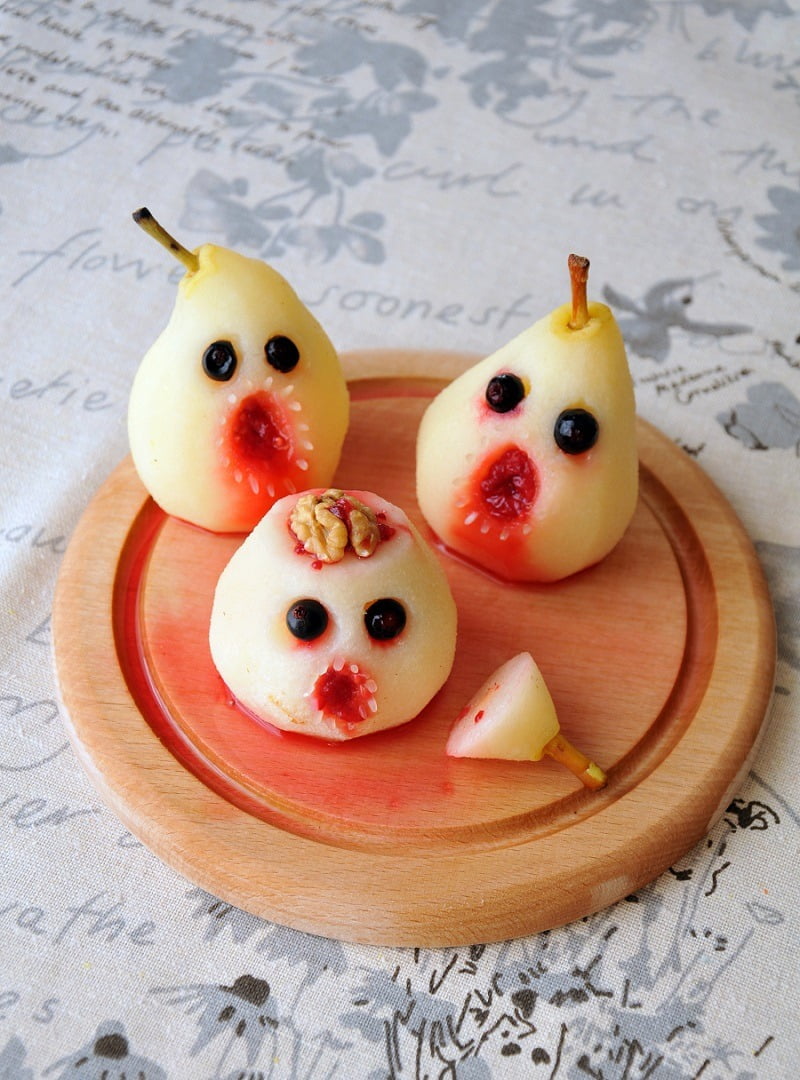