Despite their size, they are not from Lilliput, and they are definitely not grown solely for your rabbit. Although Brussels sprouts’ predecessors are believed to be first cultivated in Ancient Rome, the miniature cabbages we now enjoy today actually derive from Brussels in the 13th century—where its name originates.

You might’ve already known that. But did you know that Brussels sprouts are part of the same family as collard greens, broccoli, kale, and even kohlrabi? That might give you an idea just how healthy these tiny cabbages are. Don’t be fooled by their unassuming size and appearance, they are much more than just the squishy green balls you were forced to eat as a child.

But they weren’t meant to be balls of squish with a farty aftertaste. These cruciferous vegetables are nutritional powerhouses, packed with a variety of vitamins and minerals, so it’s time we start making them taste respectable.

This is the only way you should cook Brussels sprouts.

salt and pepper to taste

2. Peel the outer, beat-up layers of the Brussels sprouts off. Trim the end, and then cut them in half.

3. Combine halved Brussels sprouts, oil, salt, and pepper in a bowl and toss.

4. Spread out on a non-stick baking sheet cut side up (round side down). Place on middle rack and roast 15 to 20 minutes or until sprouts look brown and tender. Cooking time will vary depending on the size of the sprouts–if they are super large (for Brussels sprouts) cook cut side down for 5 or so minutes before cooking cut side up. 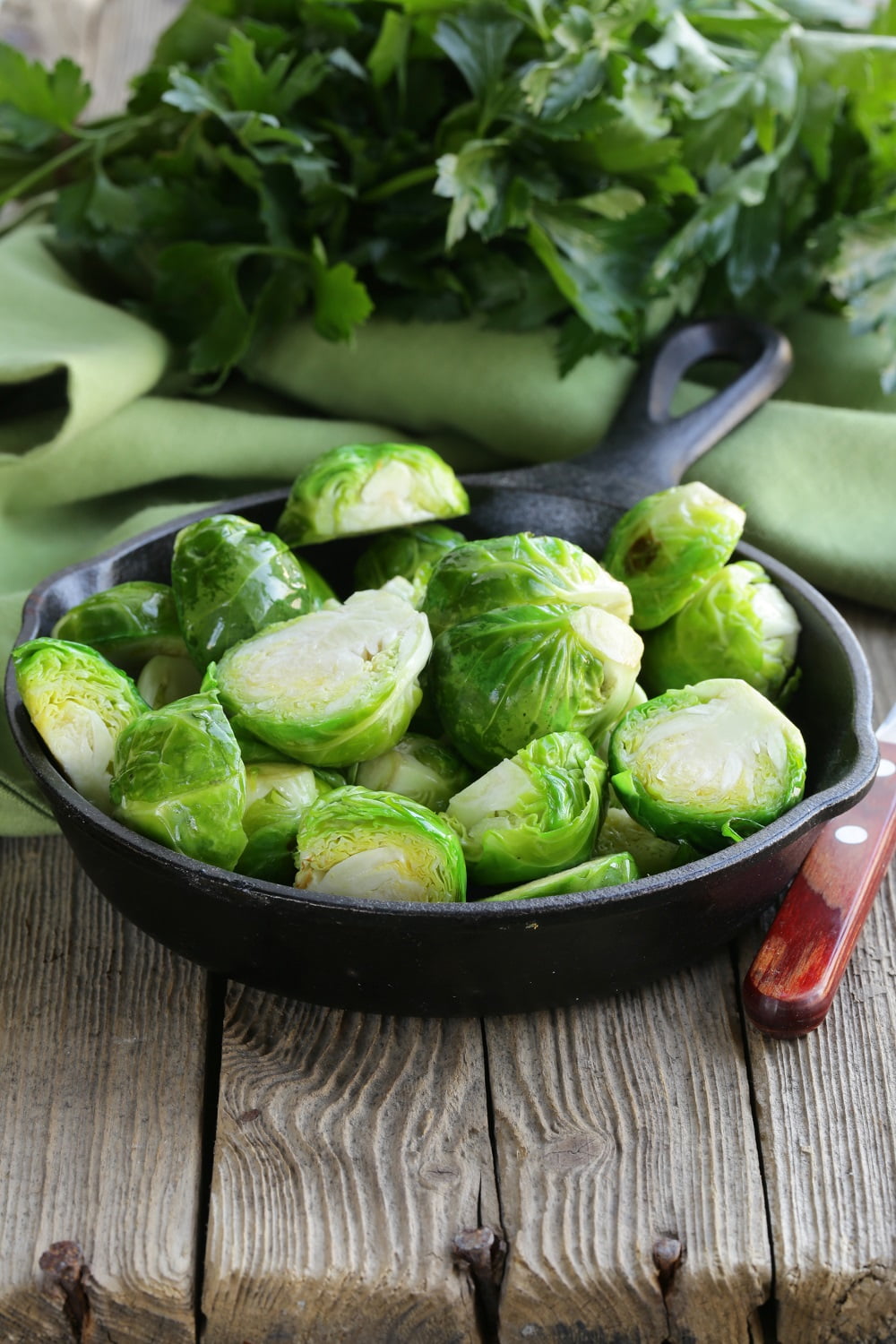