For those of you who don’t know, the Dirty Dozen is an annual list of the twelve fruits and vegetables with highest pesticide loads. And along with the Dirty Dozen, the EWG also releases a Clean Fifteen list – the non-organic fruits and veggies with the lowest pesticide load. Items on the Clean Fifteen list had relatively few pesticides detected on them, and low concentration of those that were found. These lists let you know where to prioritize your organic dollars, and where you can afford to buy conventional.

The lists are compiled by the Environmental Working Group (or EWG), a non-profit, non-partisan organization dedicated protecting human health and the environment.  Their mission is to help consumers make healthier choices for themselves and for the environment through research and education.

The research, in this case, comes primarily from the US Department of Food and Agriculture, which measures pesticide levels on washed and/or peeled produce to mimic how the food is likely to be used in the home.

In order to create the ranking, the EWG uses six comparable measures:

Each food item is given a score of 1-100, based on these measures, with lower numbers meaning more pesticides.  The Dirty Dozen are the lowest ranked fruits and vegetables, and the Clean Fifteen the highest ranked.

Each year new lists are released. Here are the lists for 2018: 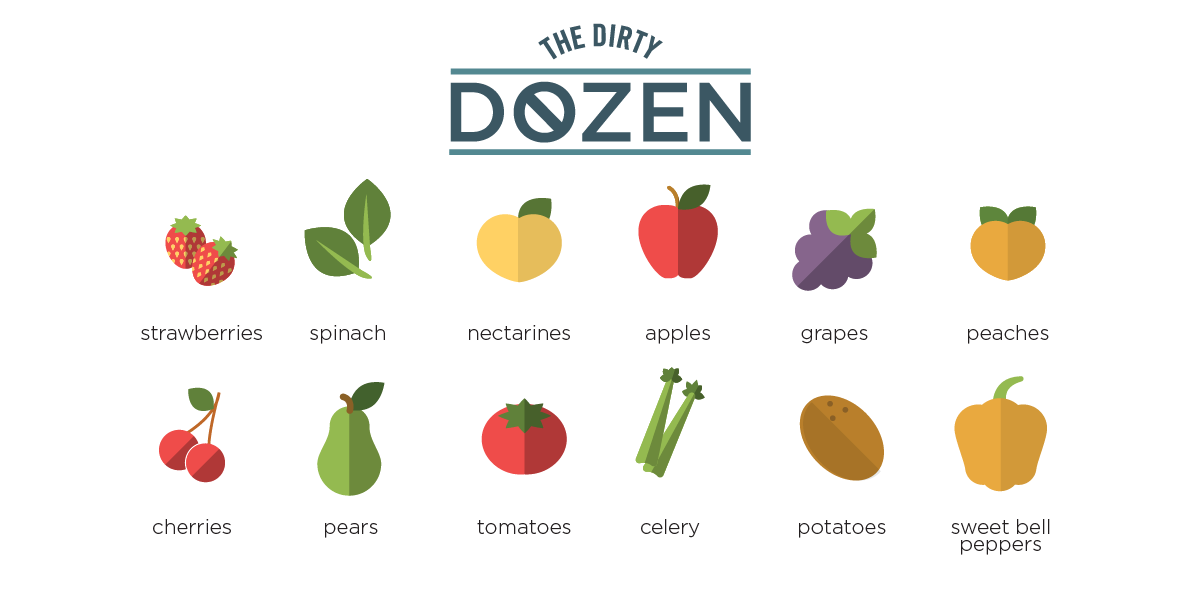 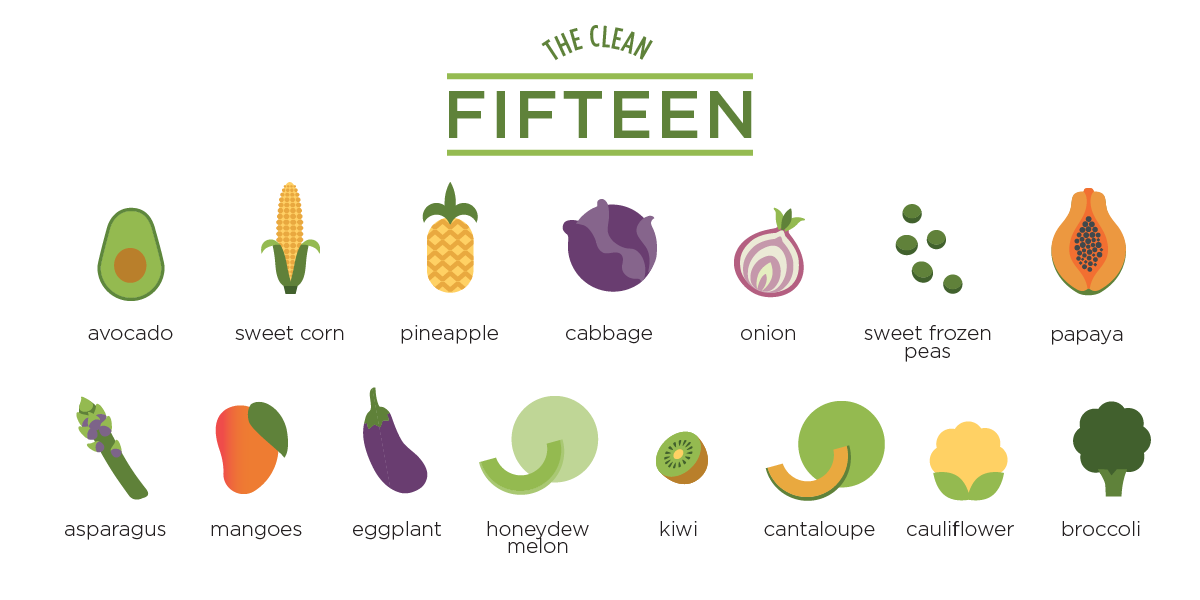 Why do we care about this? Well, pesticides are expressly designed to kill living organisms, so right away that’s kind of a red flag.  Independent research by scientists and physicians has shown that many pesticides pose health risks to humans.  Pesticides have been linked to brain and nervous system toxicity, cancer, hormone disruption, and lung, skin, and eye irritation.  The risks are even greater for children and pregnant women.

For the past few years, the EWG has expanded the Dirty Dozen to the Dirty Dozen Plus, which includes foods that, while they do not meet the Dirty Dozen criteria, do contain trace levels of highly hazardous pesticides.  These were frequently found to be contaminated with insecticides which are toxic to the human nervous system – which is pretty much your most important system. This year that plus is hot peppers.

If you’re seeing some of your favourites on the Dirty Dozen and you’re freaking out – CALM DOWN.  You don’t have to stop eating spinach or strawberries just because you love your brain. You could, however, consider eating organic spinach and strawberries – and anything else on the list. The Clean Fifteen list, on the other hand, are safer to eat non-organic.

A 2015 study shows that people who buy organic produce all or most of the time have much lower levels of harmful pesticides in their urine, even though they eat 70% more fruits and vegetables than those who say they rarely or never buy organic.

Simply put, eating organic produce is the best, easiest way to eliminate pesticides from your diet. We know organic produce can be pricier than conventional, but even by choosing just to buy the fruits and veggies off the Dirty Dozen organic, you can significantly reduce your exposure to pesticides.

Get Organic Produce Delivered to Your Door 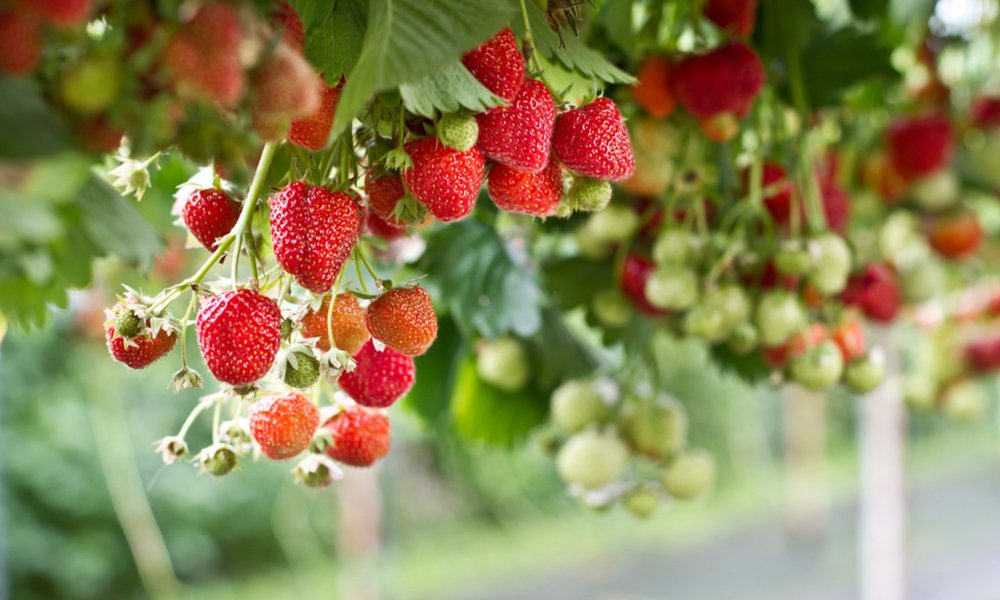