Now, this is a brand we are proud to back: Routine Cream.

Routine Cream is a local Albertan brand, who decided to make a change in the deodorant world. Read what their co-founder Neige has to say about sticking to local resources, and creating community in a capitalist world.

In the dead of winter 2011, when our natural deodorant company routine was first conceived, Pippa (other co-founder) and I chose local to be the priority of our brainchild. A beautiful sentiment, but the thing was, living at the base of the Canadian Rockies, sourcing all local, raw ingredients was proving to be more than a challenge. In Alberta, we hardly have the growing season to produce an apple bigger than a ping pong ball let alone a coconut that would yield us its precious oil.

So, with that ineradicable, bootstrapping Albertan inclination, we gathered the extent of the local, raw ingredients (ex; beeswax from Nixon honey) we could muster. Once said high quality, ethical ingredients were located, we tilted our focus to our greatest local resource: local humans. To follow big business convention, we might have outsourced to another country or overseas to save a couple of dollars, but that approach was miles from where we stood on a personal and community loving platform. From day one, we sourced out local business we felt deserved our business. We implemented local suppliers, photographers, artists, printers, box makers, label companies, retailers, manufacturers, designers and even arborists to name a few. We felt it our social duty to give back local charities, fundraisers and worthwhile initiatives being our community had been so good to us. We employed our family, friends and neighbors. We forged meaningful relationships and spread our roots deep into our city. We put faces to names. We made lifelong friends. It felt amazing. It still does.

When you cultivate capital and relationships in the community, everyone flourishes. It makes the world smaller, friendlier and more meaningful. We love being able to put a face to a name. It’s almost like a barter system has been implemented and it’s a sustainable system. Routine was born here and will always be made here. Each local element we incorporate may seem small on its own, but we are certain it’s important to support the local goods and services economy especially now, during this unfortunate (but we are certain, temporary) economic downturn. We’re finding these attitudes of comradery are in fact what is keeping small business and human spirits afloat. 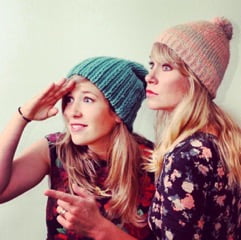 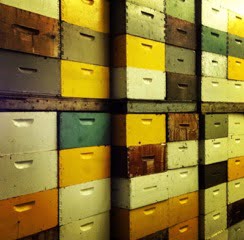