HERE’S THE DIFFERENCE BETWEEN GRASS-FED, ORGANIC, AND CONVENTIONAL MILK.

Milk has been a staple of the human diet since as early as 9000 BC in parts of Asia, but it wasn’t until the last 500 years when milk became much more industrialized and widespread as a result of European colonialism. The global dairy industry produced about 730 million tonnes of milk in 2011, and Canadians alone consumed almost 80 litres of milk per capita that same year. With so much milk being produced and consumed, it’s important to understand where your milk comes from and how it is produced.

If you’re a milk drinker, you would have probably noticed the growing options of cow milks on the market. It was already a dilemma for some of us deciding between non-fat, 1%, 2%, and whole milk, homogenized, non-homogenized. And now, many grocery stores have the options of grass-fed, organic, and the good ol’ conventional. What is the difference anyways? And does it really matter?

The real difference between grass-fed, organic, and conventional milk.

Grass-fed milk is the healthiest milk option, as it is a much better source of heart-healthy fats along with certain antioxidants. Omega-3 fatty acids, in particular, are found to be twice as much in grass-fed milk compared to conventional milk. And this is due to their diet. As the name suggests, the milk comes from cows with a diet based on grass all year round. These cows graze on pasture until the winter when they are then fed cut grasses inside the barn. This natural diet results in a high content of an omega-3 fatty acid called alpha-linolenic acid, which is helpful in reducing inflammation and certain heart issues.

Organic milk is the middle ground between grass-fed milk and conventional milk. While most of their diet is based on organic, GMO-free, antibiotic-free, hormone-free, and pesticide-free feed, at least 30% of their diet must also come from grass. This means that the cows do have access to pasture and a larger living space compared to conventional milk cows.

Conventional milk comes from cows that are fed only grain, soy, alfalfa, and corn products, often tethered to individual stalls or gathered in a small confined space. The diet results in a high omega-6-to-omega-3 ratio. While omega-6 fatty acids are essential for the human body, the modern diet favours omega-6s, causing a lopsided ratio of around 17:1 when human beings actually evolved eating a diet with a 1:1 ratio.

Is organic or grass-fed milk worth it?

Studies have actually shown that excessive amounts of omega-6 fatty acids “promote the pathogenesis of many diseases, including cardiovascular disease, cancer, and inflammatory and autoimmune diseases”[1]. Having a balanced intake of both groups of fatty acids is essential, and while taking omega-3 supplements can certainly help with adjusting the ratio, the easiest way is to change something we consume every day. And for many of us, switching the type of milk we drink makes a big difference.

If you’re looking to make a change to eating healthy or adjust to a better omega fatty acid ratio, switching to grass-fed milk is easily the quickest and most manageable. Plus, the cows that produce the milk are happier too!

GET YOUR MILK DELIVERED FROM SPUD! 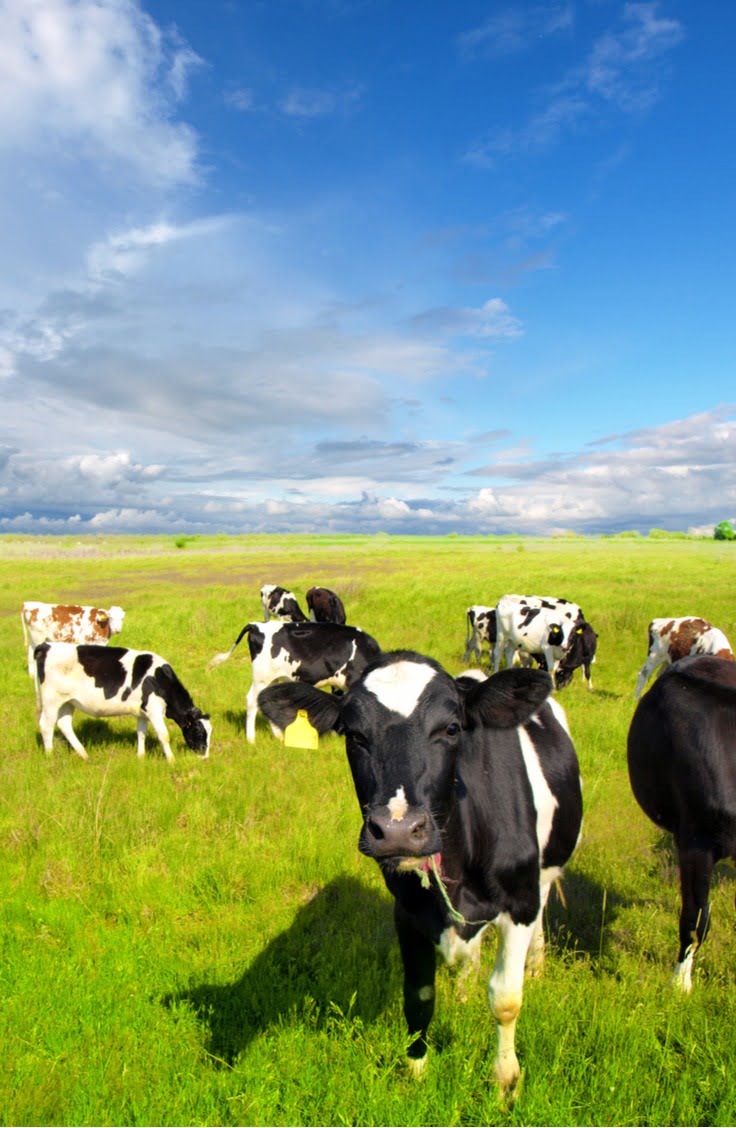