WONDERING WHY BROCCOLI IS SO EXPENSIVE RECENTLY? OUR PRODUCE BUYER CAN SHED SOME LIGHT

I’m sure you notice that produce prices can fluctuate from week to week, and you probably wonder what’s behind the changes. Sometimes it’s obvious, like when prices change due to the beginning or end of a season. More often, however, the changes are caused by a complex series of events and conditions.

For example, over the past few weeks, we’ve seen the prices for broccoli and cauliflower from our suppliers more than double. To explain that increase, you actually need quite a bit of backstory.

This year, however, there were two major weather changes. The first was a normal winter in the desert. The last few years, starting in 2011 were very abnormal. Way too hot in September and October, and then disastrous full-on hard freezes in January and February. So a lot of growers have had to adapt to the new climate reality over the past few years, as these changes became the new normal. However, this year has been warmer than normal through the entire winter, with only a handful of nights below 5C and no freezes to speak of – in other words, what used to be the norm a decade ago. Planting plans went astray – no one was expecting a more traditional desert winter after five very choppy years.
The second major weather event was that it was one of the coldest and wettest California winters all along the Coast. Spring plantings are way behind – farmers literally were forced out of fields for some time –  they were either too muddy or too under water.

So here we are: The desert growers are winding down quickly – it’s getting too hot for good quality lettuce, broccoli etc. In fact, most of the organic farms in the desert are finished on some crops already. Their later plantings for late March and April sales sped up in this very warm spring and are now done. The expectation is that coastal operations away would be up and running by now. They’re not. Not even close. On some products not for many, many weeks. And the first items to go wonky are the volatiles – the crops that have a harvest window of just a few days, like lettuce, broccoli, and cauliflower.

This is simple supply and demand. Prices have skyrocketed because there is a scarcity of broccoli, lettuce, and cauliflower. There is actually potential for complete gaps on some pretty major items, and the only way to stretch a very small amount of product out is to raise prices. It’s also a good time for growers to make some profit after having seen an over-supplied market for the past 4+ months and losing money every day.

Unfortunately, these weird weather patterns mean that we’ll likely be seeing increased prices for other produce items coming from California as well – but don’t worry – while our costs for these veggies have more than doubled, we’re always working hard to make sure that we can offer you the best prices possible. We’re also looking forward to a great local produce season, which (fingers crossed) shouldn’t have been as affected by the strange weather this year. 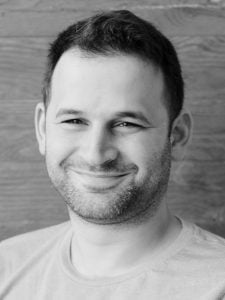 Micky Tkac is the Director of Produce Purchasing at SPUD.ca. He has five hobbies (listed in no particular order): gardening, mountain biking, golf, mushroom hunting, and flying toy helicopters – all of which he enjoys more when he can involve his three kids.